Person hit by car moments after crashing on I-95 in Dunn; tractor-trailers collide in ensuing chaos 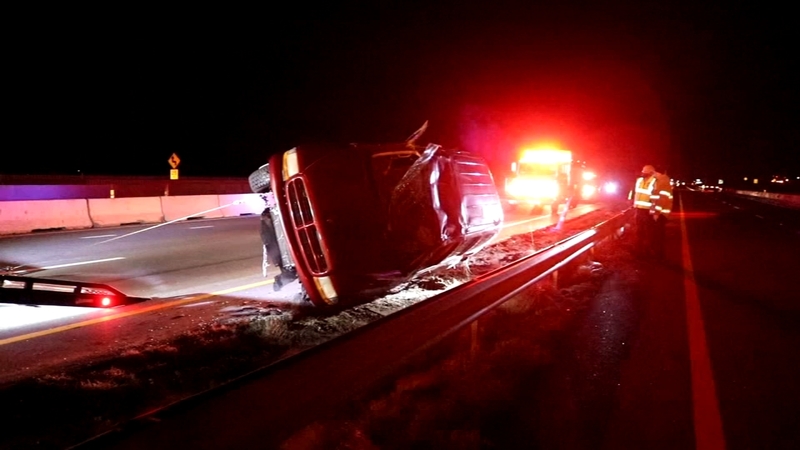 DUNN, N.C. (WTVD) -- A person was taken to the hospital after getting hit while standing next to their crashed car during a chaotic morning on Interstate 95 in Dunn.

The driver crashed their vehicle in a work zone on I-95 northbound near Exit 71. The driver then got out of the car and was hit by another vehicle. The driver was tossed over the work zone barrier.

First responders rushed the driver to the hospital. Their condition has not been released.

Shortly after that, two tractor-trailers collided and a Dodge Durango overturned in separate crashes while trying to avoid the other stalled vehicles in the area. The stretch of road was closed for hours because oil and antifreeze from the vehicles got on the interstate.