WTVD
CARY, N.C. (WTVD) -- There was a huge outpouring of support Friday night for a 15-year-old Panther Creek student badly hurt in a crash on her way to school.

"It was truly a moving moment, the stands were quiet after our win during the prayer," said Kathy Sears.

Hundreds of students also held a vigil Wednesday morning at the flagpole at Panther Creek. Students from other schools held vigils at their own schools and sent support using the Twitter hashtag #PrayForLauraYost.

Yost was a passenger along with her 16-year-old brother Ryan in a SUV driven by 16-year-old Spencer Saunders Tuesday morning when it turned into the path of an oncoming dump truck. Saunders and Ryan Yost were not seriously hurt, but Laura was in critical condition at Duke Hospital.

Emily Turgeon is Laura's Capital Area Soccer League coach. She found out about the accident early Tuesday and at practice that night she gave her team the option of taking practice time to talk and lean on each other for support, or to play.

"One of my players perked up and said, 'We need to play for Laura. We need to do this, to play soccer.' And they wiped the tears off of their eyes and played for an hour and a half," said Turgeon.

After practice, the team circled up and prayed for Laura's recovery.

Police say Saunders cut it too close as he pulled out in front of a loaded pickup truck. However, they have not said what type of charges will be filed against him.

"This feels like a nightmare. I've never hated myself so much before and I've never wanted to see you hurt. You're the closest I have to a sister, and you mean so much to me. Words can't describe how badly I feel. I would do anything to take your place, you don't deserve this. Everyone, please, pray for Laura and the Yost family," Saunders wrote on Twitter.

Parents of other teen drivers say the crash has left them more concerned than ever about safety.

"I told her this [Wednesday] morning, I spoke to her again, make sure she only drives with one friend, don't have people in the back to distract her, no texting, the routine," said parent Cleophas Jules. 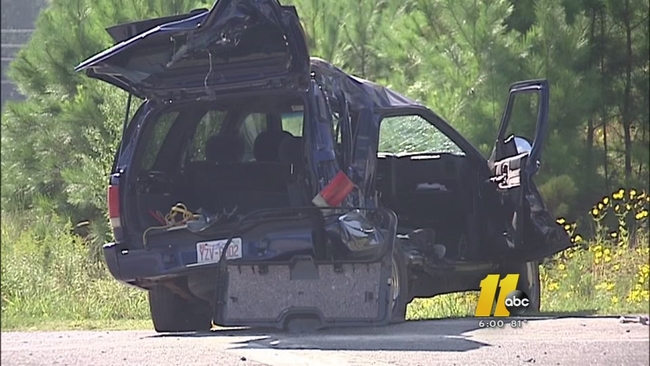