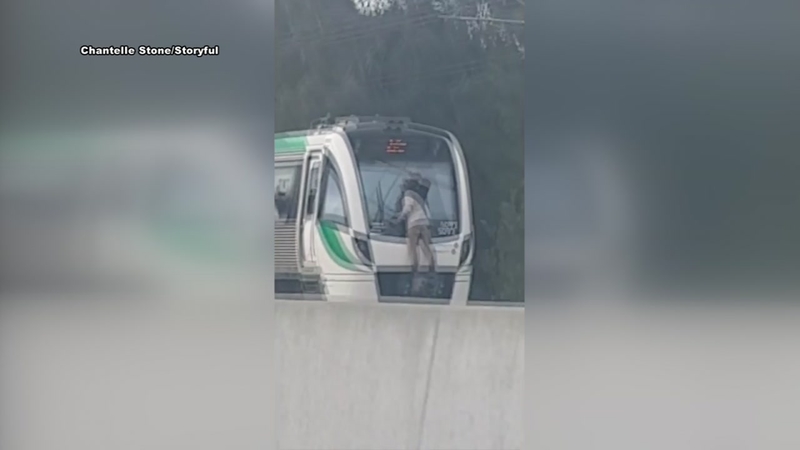 PERTH, Australia -- A man found a bizarre way to get out of buying his train ticket.

Cellphone video from Perth, Australia, captured a man clinging to the back of a train over the weekend.

The person who took the video said they first noticed him while the train was stopped at a station.

"The train had been stopped at a station when we first saw the guy riding on the back," Chantelle Stone said of the incident. "We slowed down a bit so the train could get ahead of us again so I could capture the footage."

Local media reports the man was on the train for about four minutes and was eventually arrested.