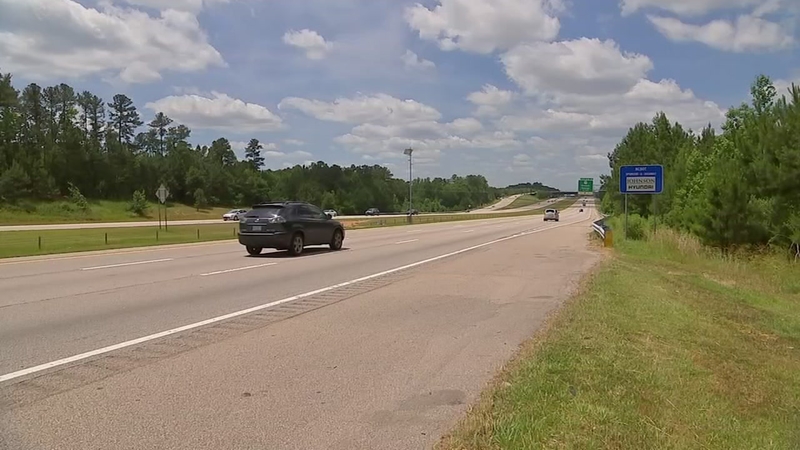 WAKE COUNTY, N.C. (WTVD) -- Memorial Day is the traditional kickoff to the summer travel season and many families spend hours on the road for the extended weekend. But travel sometimes turns tragic because of another holiday tradition - alcohol consumption.

In Wake County, on Saturday and Sunday, there were 20 arrests for driving while impaired.

One man was arrested piloting a boat, while another was arrested while police were searching for a wrong-way driver on I-540.

"We saw on the news this morning about the wrong-way on I-540 and it's right up the street from us. So being aware of that and just trying to be conscious and careful," said Jennifer Kendall, a Raleigh mother out shopping today with her infant.

Just a few miles away on Miami Boulevard in Durham, a Sunday morning crash cost the life of the driver of a car going the wrong way.

The driver of the car he hit was also injured and hospitalized, according to authorities.

Police said it was unknown whether drugs or alcohol were factors.

Police never found the driver who was reportedly driving eastbound in the westbound lanes of I-540 Monday morning.

That car was last reported near the Falls of the Neuse Road exit.

But the officers who were searching for that car found another driver and charged him with being drunk behind the wheel on I-540.

"With little ones traveling with them just being alert and aware and, you know, hoping others don't partake in drinking and driving. Get an Uber or Lyft if you can," said Kendall.

Other drivers along Leesville Road near I-540 said they were also concerned about the number of drunk drivers on holiday weekends.

"I would ask them to think about their families, their kids, their parents and to be respectful of others, to call an Uber or a Lyft or a friend and just not to get on the road," said Erin Wallace.

ABC11 asked Wallace, who has a teenage driver in her family, about the wrong-way driving incidents.

"I could imagine that would be pretty scary. I've never encountered that but can imagine."

A pilot program warning program for wrong-way drivers is underway on the Triangle Expressway portion of I-540.

Bright flashing lights on signs are triggered by drivers going the wrong direction on the expressway. And if that doesn't stop them, law enforcement is immediately notified.

If successful, the program could be put in place across the nation.

But until then, Wallace said she'll depend on the old standard - law enforcement.

"Glad the officers are out on the roads keeping the rest of us safe."
Report a correction or typo
Related topics:
travelwake countycar crashdrunk drivingmemorial daycrash
Copyright © 2021 WTVD-TV. All Rights Reserved.
More Videos
From CNN Newsource affiliates
TOP STORIES