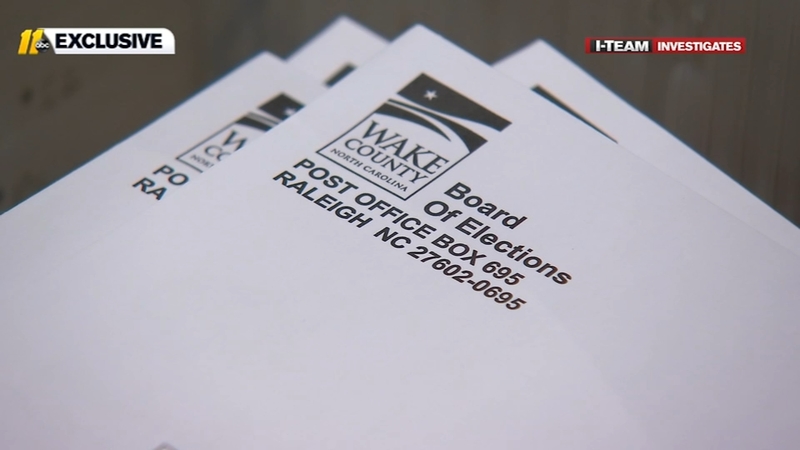 Here's what absentee voting will look like in NC for 2020

RALEIGH (WTVD) -- The North Carolina State Board of Elections sent a message to voters on Thursday, reminding them that it is illegal to vote twice after President Donald Trump seemed to encourage voters to do so to test the absentee ballot system.

"Attempting to vote twice in an election or soliciting someone to do so also is a violation of North Carolina law," the message said.
According to the Board of Elections, several checks are in place in North Carolina that prevent people from double voting.

Confusing absentee ballot requests showing up in your mailbox? Here's what you need to know

If a voter requests an absentee by-mail ballot but decides later that they would like to vote in person instead, they can. The Board of Elections says they should discard the absentee ballot rather than sending it back in.

During a visit to Wilmington on Wednesday, Trump was asked about absentee voting in North Carolina. In his response, he encouraged those who cast votes by mail to cast two ballots in November's election, one by mail and another in person as a check to see if the mailed vote was counted.

"They'll go out and vote and they're going to have to go check their vote by going to the poll and voting that way," he said. "Let them send it in and let them go vote and if the system's as good as they say it is, then obviously they won't be able to vote. If it isn't calculated, they'll be able to vote. So that's the way it is and that's what they should do."

Trump won North Carolina by 3.6 percentage points in 2016, but polls are showing an extremely close race taking shape in a state that generates 15 electoral votes for its winner.
The president's visit to North Carolina came as county boards start sending absentee ballots to voters on Friday.

Through Sept. 1, more than 591,000 ballot requests had been received, compared with approximately 36,500 through the same period in 2016, the state elections board said Wednesday.

More than half of the absentee ballots, or approximately 313,000, have been requested by Democrats. Republicans have requested more than 93,000 and registered unaffiliated voters account for approximately 183,000 ballot requests.

Democratic Presidential Nominee Joe Biden released a statement in advance of the trip saying that Trump has not provided North Carolina with the roadmap and resources needed to protect businesses, schools and families from the coronavirus.

"Instead of honoring the sacrifice of our front-line heroes, President Trump has repeatedly ignored public health guidance for political purposes," Biden said.