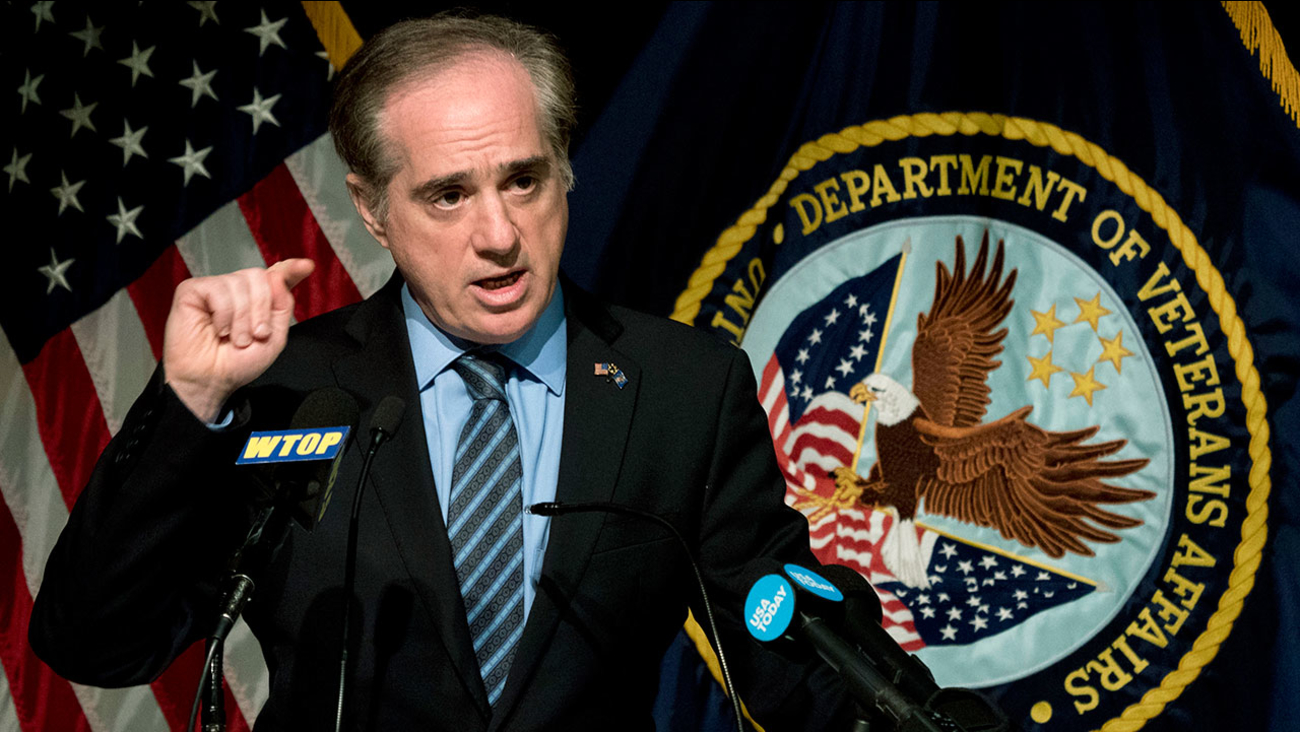 WASHINGTON, DC -- President Donald Trump is firing Veterans Affairs Secretary David Shulkin and replacing him with the White House doctor in the wake of a bruising ethics scandal and a mounting rebellion within the VA.

I am pleased to announce that I intend to nominate highly respected Admiral Ronny L. Jackson, MD, as the new Secretary of Veterans Affairs....

Trump says Fayetteville native Robert Wilkie, an undersecretary at the Defense Department, will serve as acting VA secretary until Jackson is confirmed.

Ronny Jackson will take over as head of the VA.

Sen. Thom Tillis, R-NC said he was pleased with the president's decision.

"Robert Wilkie - my friend, former senior advisor, and proud North Carolina native - is an outstanding choice by the president to lead the transition at the VA. I can't think of anyone who is as capable, sincere, and passionate about serving and caring for the brave men and women who have worn the uniform."

Tillis also had praise for the outgoing Shulkin.

"I had a positive working relationship with Dr. Shulkin, as I did with his predecessor under President Obama, and I am grateful for his service to our nation," Tillis said. "I look forward to working with Dr. Ronny Jackson on modernizing and reforming the VA, fixing the VA Choice Program, and implementing the major reforms that Congress has passed over the last year."