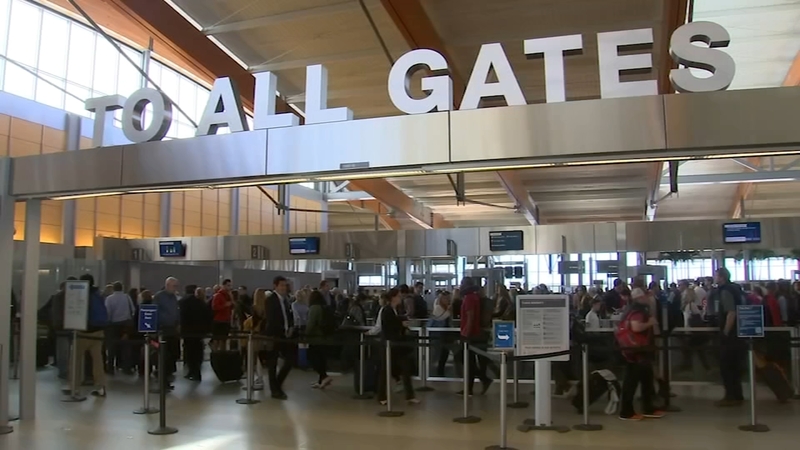 RALEIGH (WTVD) -- A North Carolina mother is suing the U.S. Transportation Security Administration for an incident that happened at Raleigh-Durham International Airport in May of 2019.

She says her transgender daughter's constitutional rights were violated when a TSA screener told her she would have to submit to a strip search after a "false positive" alert indicated that the scanner detected an anomaly on her groin.

Jamii Erway was 15 in 2019 when when she passed through security with a valid boarding pass.

However, the lawsuit, filed by Jamii's mother Kimberly, says the TSA screener said she couldn't continue on her trip unless she agreed to an inspection of her genitals.

That's when the TSA agent advised Jamii that she "would need to accompany her to a private room, expose herself, and allow (the agent) to 'feel up in there,' i.e., touch her genitals," the lawsuit says.

Jamii protested but the agent allegedly told her she could not leave until she consented.

After Kimberly also refused to force her daughter to submit to the inspection, the TSA agent called over a police officer.

The police officer said he would not detain Jamii and, at that point, Jamii and Kimberly left the airport, rented a car, and drove more than 600 miles to return home.

The lawsuit says, "Jamii continues to experience symptoms of severe emotional distress, including symptoms of panic, anxiety, fear, racing heart, shortness of breath, uncontrollable shaking, and nausea, whenever reminded of the incident described herein and has been unable to fly since" even though she used to fly "several times per year."

The lawsuit says that, while TSA has enacted a policy prohibiting strip searches by checkpoint screeners, it has failed to appropriately train and supervise its employees on the policies.