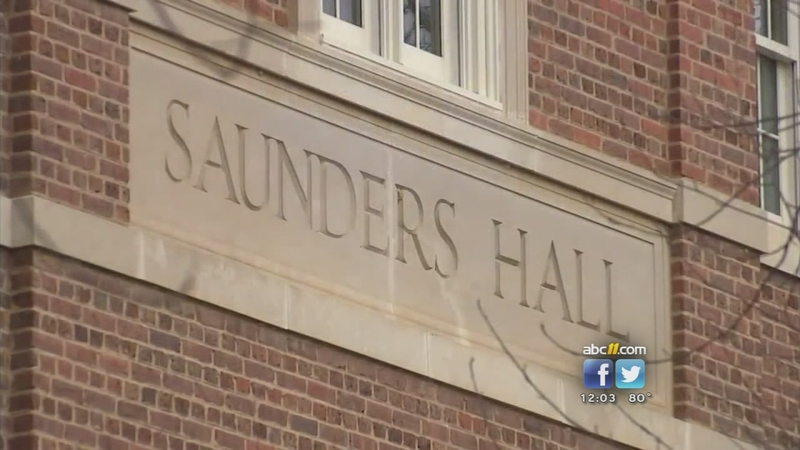 CHAPEL HILL (WTVD) -- After repeated calls to change the title of a UNC Chapel Hill building named for a former leader of the North Carolina Klu Klux Klan, university leaders voted Thursday to make the change.

In at 10-to-3 vote, the UNC Board of Trustees decided to rename Saunders Hall to Carolina Hall.

The fight to change the long-contested name has been in the news lately following several rallies.

Chancellor Folt: "I support moratorium on naming buildings so that we can focus on the history." pic.twitter.com/dYm7DtHOjl

"This is an issue that's been discussed for many years," said UNC Chancellor Carol Folt back in March, "and yet we have a board that said they're going to take it on. They're not going to turn away from this discussion."

"This issue of Saunders Hall is not new. The first date we've been able to uncover when it came up was in 1999," said Board of Trustees Vice Chair Alston Gardner in a March interview. "The Jim Crow Era in North Carolina was an era that not a lot of people really want to deal with and I think when we start talking about names and places in this campus. We're coming directly head-on into that history."

It is unclear when the building's facade will be redone.