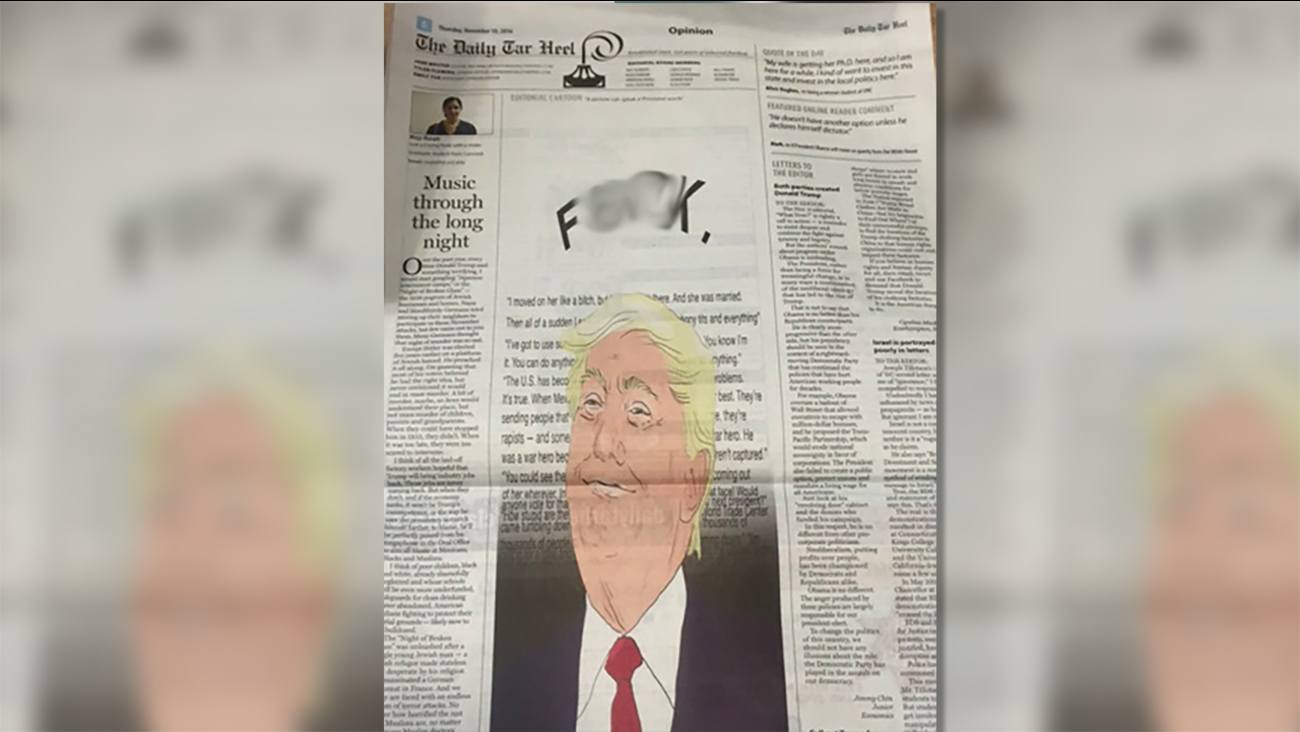 The Daily Tar Heel's vulgar reaction to the outcome of the presidential election.

CHAPEL HILL (WTVD) -- It seems a lot of students at colleges and universities are having problems processing the outcome of Tuesday's elections.

Demonstrations, counseling services and so-called safe spaces have popped up on many campuses in response to Donald Trump's victory Tuesday night over Hillary Clinton.

The Daily Tar Heel, the student newspaper at UNC-Chapel Hill took it a step further, blurring the thin line between free speech rights and respect for the nation's democratic process with a rather vulgar headline on the back of its Thursday issue.

The approach elicited both support and derision. One NC State graduate sent a tweet of support saying "I graduated from NC State but @dailytarheel sums up current state of US affairs pretty well."

Another person tweeted to the student paper: But #LoveTrumpsHate right?? Hey...@dailytarheel where is the love?

UNC student Emily Yue, an assistant opinion editor for the Daily Tar Heel and artist of the cartoon, defended the paper's decision to publish the vulgarity.

Yue said that the editorial board prepared three separate pages for the possible outcomes of the elections.

"All the words from the cartoon come from Trump himself, so it speaks for itself," Yue told ABC11.