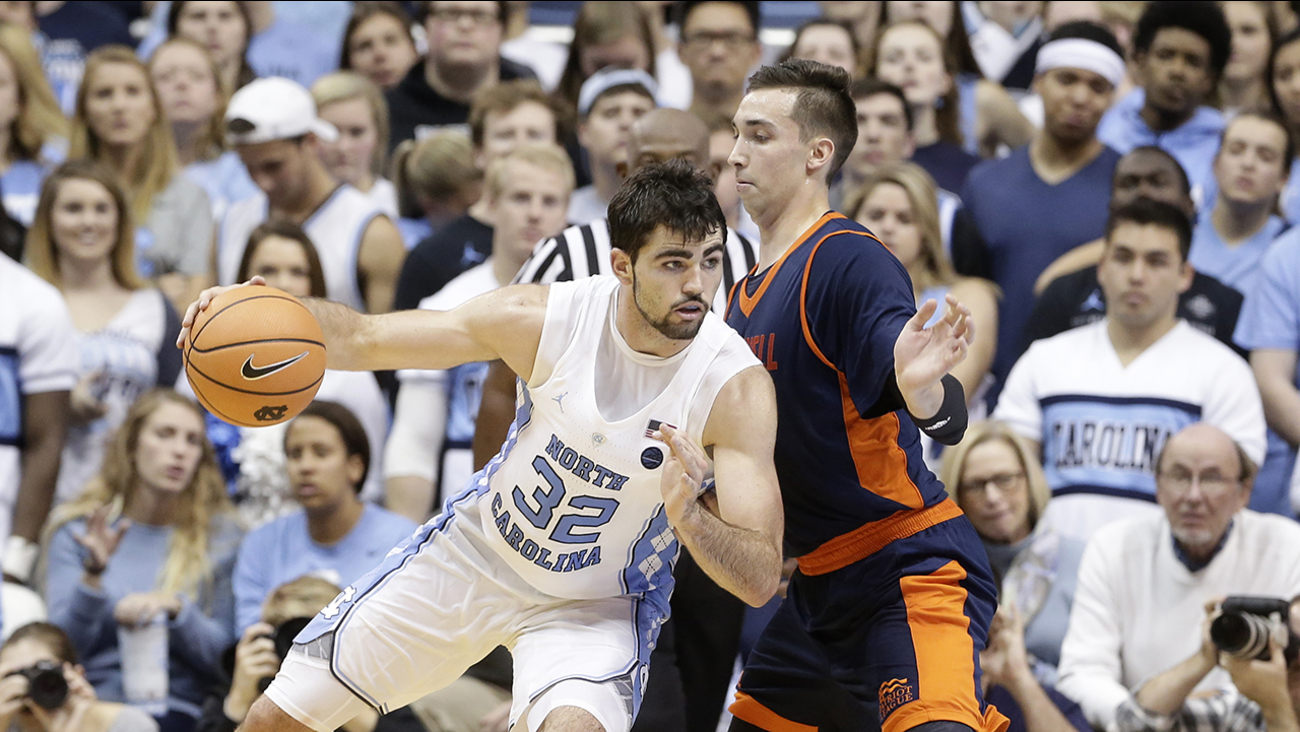 The ninth-ranked Tar Heels held on to beat the feisty Bison 93-81 on Wednesday night, giving coach Roy Williams his 400th victory at his alma mater.

Luke Maye scored 20 points and hit an important 3-pointer down the stretch and Theo Pinson added a career-high 19 points for North Carolina (2-0) in the on-campus round of the PK80.

The Tar Heels shot 47 percent and welcomed back Berry -- the Final Four's Most Outstanding Player -- on the same day graduate transfer Cameron Johnson was lost for 4-6 weeks following knee surgery.

"That's kind of like what we've always went through -- we start off the season, I wouldn't say slow, but not as good as we'll be later in the season," Berry said.

North Carolina blew most of an early 16-point lead but scored nine straight points after the Bison cut the lead to 71-67 on Nate Sestina's layup with 6 1/2 minutes remaining. Pinson started the decisive burst with two free throws, and Maye pushed it back to double figures with his 3-pointer with 4 1/2 minutes remaining that made it 78-67. 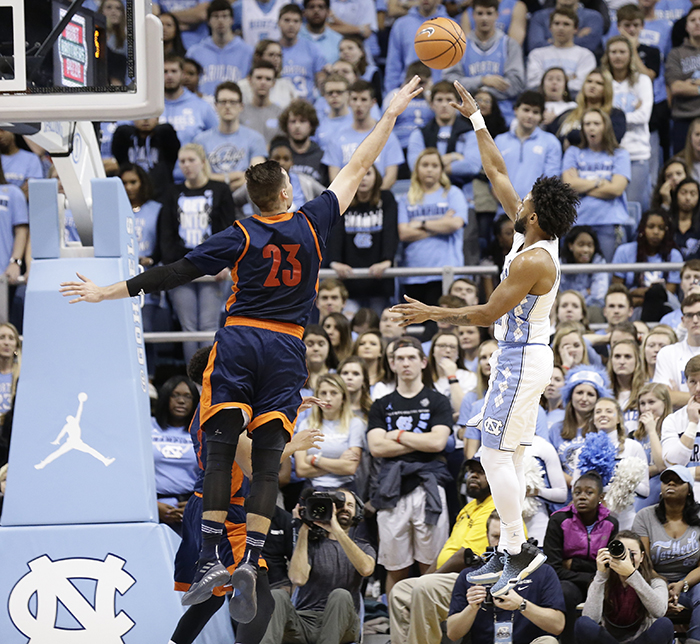 North Carolina's Joel Berry II shoots while Bucknell's Zach Thomas defends Wednesday in Chapel Hill. It was Berry's first game of the season because of a broken hand.

"I finally made one decent call from the sideline, and Luke made a 3 from the top of the key," Williams said.

Nana Foulland and Zack Thomas scored 21 points apiece for Bucknell (0-3). The Patriot League favorites shot 46 percent and were 11 of 28 from 3-point range to offset a serious disadvantage inside.

Sterling Manley had 16 points and 13 rebounds and Garrison Brooks and Kenny Williams had 10 points apiece for North Carolina, which held a 47-28 rebounding advantage.

Bucknell: The Bison -- who return their starting five from a team that won 26 games and the Patriot League title before losing to West Virginia in the first round of the NCAA Tournament -- showed no fear of the Tar Heels and looked nothing like the team that lost by 28 at Arkansas three days earlier. This was the kind of performance that will make them a trendy bracket-busting pick, if they repeat as conference champs.

"Our guys gave tremendous effort. I thought we had great focus," coach Nathan Davis said. "I thought they made a few more plays than us, unfortunately, and they were able to win the game."

North Carolina: The most important thing for the Tar Heels -- aside from sweating out a closer-than-expected victory -- was getting Berry back on the court, though the results could have been better. The star of last season's national championship run had been out since breaking a bone in his right (shooting) hand. Playing with tape on his hand, he made his first shot -- a 3-pointer -- but missed his next 10 and finished 1 of 11 with eight points, though he did have six assists.

Johnson will be out until at least late December or early January after having surgery earlier Wednesday to repair a torn meniscus in his left knee.

Johnson, a graduate transfer from Pittsburgh, has missed both regular-season games, sitting out the opener against Northern Iowa with a neck sprain. Williams said he was hurt during practice Monday when Seventh Woods blocked his fast-break layup and Johnson's knee buckled when he landed. "We hope we'll get him back quicker" than 4-6 weeks, Williams said, "but we're not going to push him."

North Carolina dominated the defensive glass, with the Bison collecting only seven offensive rebounds. Bucknell trailed by 16 before it grabbed its first offensive board, with Thomas sticking back Stephen Brown's missed 3-pointer -- Williams ID'd Pinson as the one who failed to box out -- to make it 43-29 with about 4 minutes before halftime. The Bison's second offensive rebound didn't come until about 11 minutes remained.

Bucknell: The Bison will try once again to beat a high-profile opponent on its home court when they visit Maryland on Saturday night.