UNC drops out of AP Top 25 after loss to Georgia UNC is out of the latest Top 25 AP poll after losing to Georgia in a tight first game of the season.

The Tar Heels were ranked No. 22 at the time and fell to the then-ranked No. 18 Bulldogs 33-24 in the Chick-fil-A Kickoff Game in Atlanta.

How do you feel about UNC dropping out of the AP Top 25? https://t.co/eLf8XJXOBF

UNC was coming off a mostly-successful 11-win season and hoping a victory over a ranked SEC team in their opener would solidify them as a national contender.

Georgia had other plans.

Nick Chubb rushed for 222 yards in his return from a gruesome knee injury, including a 55-yard touchdown run late in the fourth quarter that clinched the win. Kirby Smart picked up his first victory as Georgia's new head coach.

UNC had a number of silly mistakes and penalties -- some of them controversial calls -- that let Georgia back in the game. At one point, the Tar Heels had ripped off 17 straight points, including a pair of touchdowns by T.J. Logan that included a 95-yard kickoff return to start the second half.

In the latest AP poll, Georgia jumped up to No. 9.

The top five are Alabama, Clemson, Florida State, Ohio State, and Michigan, in that order.

Outside of Clemson and Florida State, the ACC has two other ranked teams -- No. 13 Louisville and No. 25 Miami. 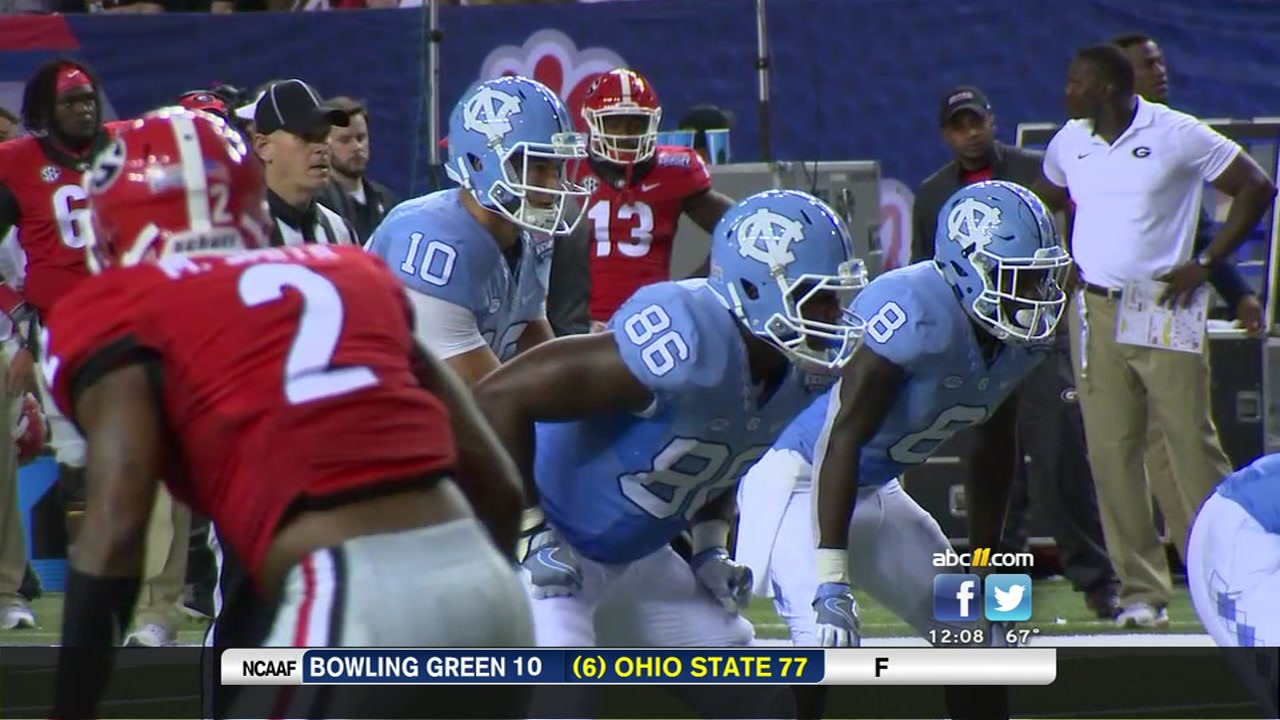