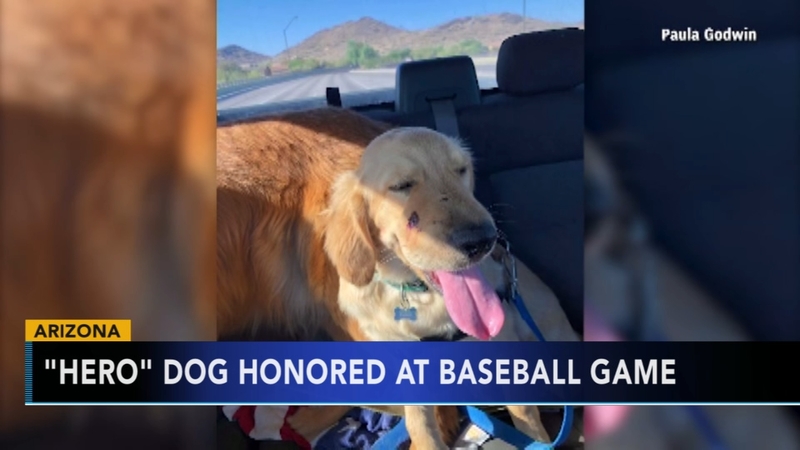 A dog in Arizona who was hailed a hero for saving his owner from a rattlesnake's bite recently got a special honor at a Major League Baseball game.

Todd the Golden Retriever puppy heroically stood between his owner and the snake, resulting in him getting bit right on his face. 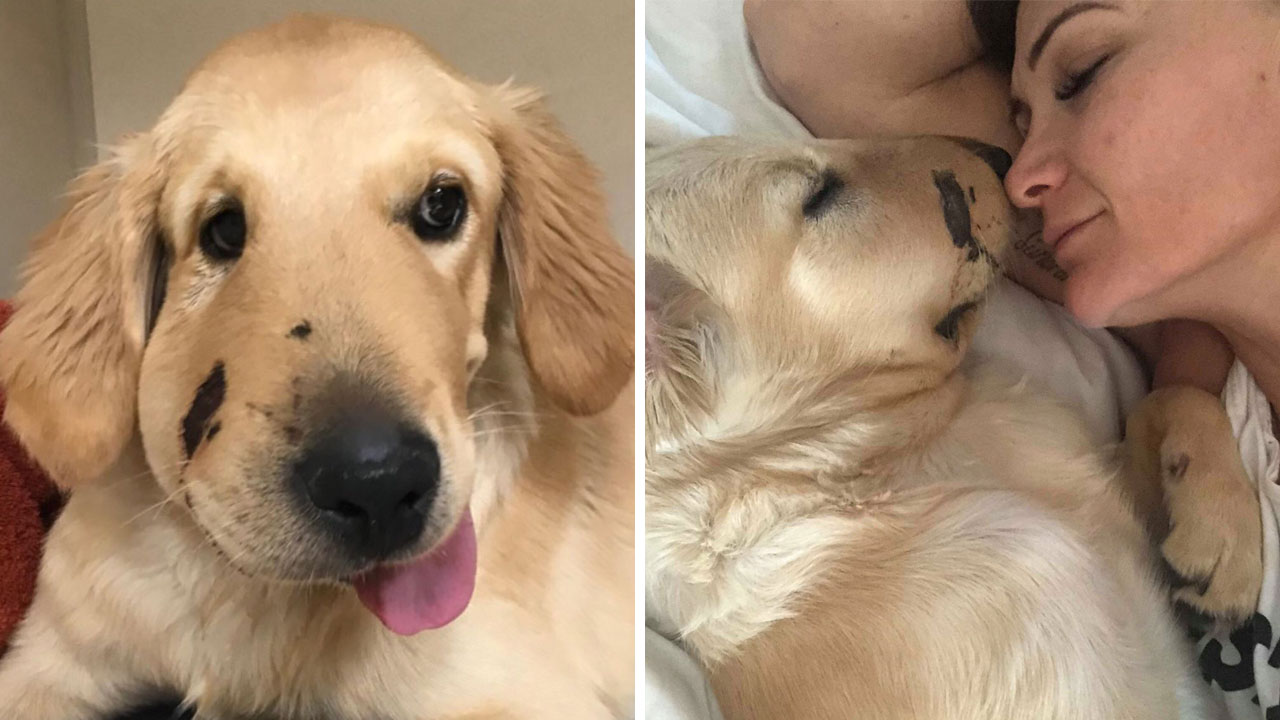 Golden retriever shields owner from rattlesnake bite while hiking
Paula Godwin praised her dog Todd as a hero for leaping between her and a lunging snake.

The mostly healed Todd got quite the honor at an Arizona Diamondbacks pre-game ceremony.

The six-month-old pup word a Diamondbacks jersey during the "dog days of summer" game.

The irony wasn't lost on his owner.

"I think it's kind of ironic the Diamondbacks are honoring him, since a diamondback bit him."