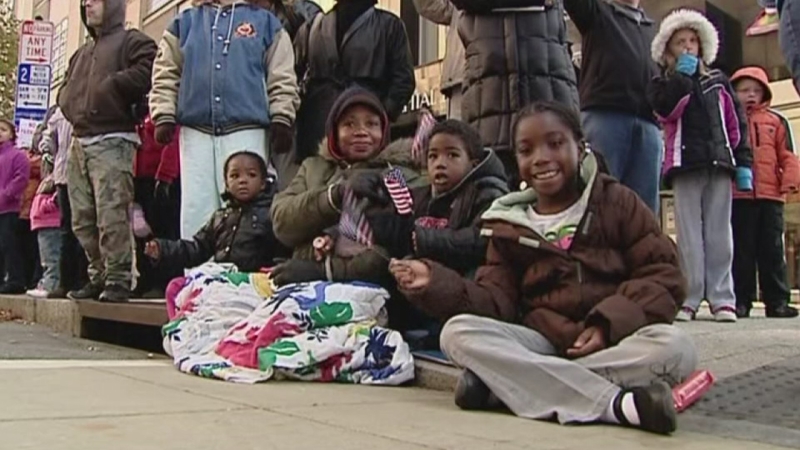 Ceremonies were held across the state Wednesday in honor of Veterans Day.

The observances kicked off at the North Carolina State University Bell Tower before sunrise as students and visitors gathered for a special ceremony and a run honoring service members.

The events began Tuesday night as two cadets in ROTC branches of Arnold Air Society and Silver Wings stood guard at the Memorial Bell Tower from 8 p.m. to 6 a.m. Wednesday, as a way of saying thank you to veterans and to POWs and those MIA from all wars.

The Bell Tower was originally built to serve as a memorial to NC State alumni who were killed during World War I.

The events were just some of many ceremonies scheduled in and around the Triangle Wednesday.

At the University of North Carolina at Chapel Hill, there were two ceremonies this Veterans Day.

The University's Air Force Reserve Officer Training Corps (ROTC) hosted a ceremony at 11:11 a.m. to honor members of the armed services and veterans.

Immediately following the ceremony at the Carolina Alumni Memorial, the university hosted its second annual Tar Heel Tribute program in Alumni Hall at The Carolina Club.

In recognition of the sacrifices made and service given by veterans, the Durham County Veterans Services Office hosted a celebration of service from 11 a.m. to 1 p.m. at the County Health and Human Services Building on Main Street.

Harnett County also held a series of Veterans Day events on Wednesday. The Harnett County Veterans Day Commemoration included a Veterans Day ceremony and parade in Lillington, as well as a memorial service and burial of the remains of Staff Sgt. Donald D. Stewart of Coats, who was killed in action in the Vietnam War.