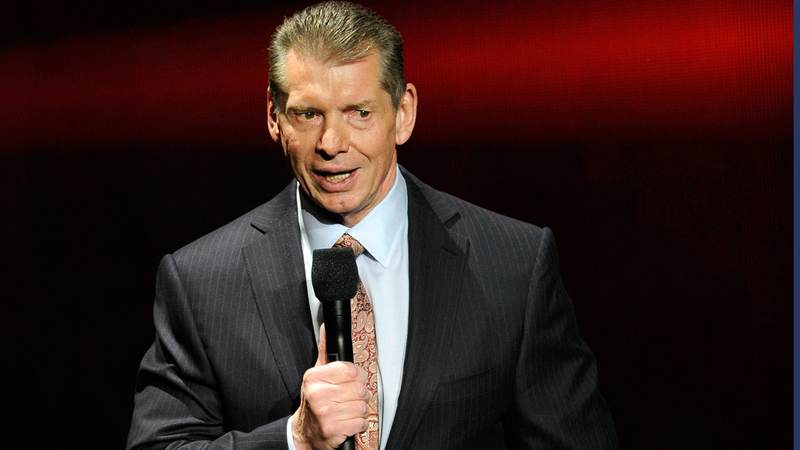 Vince McMahon steps aside as WWE chairman amid investigation

NEW YORK -- Vince McMahon is stepping aside from his role as CEO and chairman of World Wrestling Entertainment during an investigation into a report that he agreed to pay hush money to a former employee over an alleged affair, the company announced Friday.

WWE said in a release that a "Special Committee of the Board is conducting an investigation into alleged misconduct by its Chairman and CEO Vincent McMahon and John Laurinaitis, head of talent relations, and that, effective immediately, McMahon has voluntarily stepped back from his responsibilities as CEO and Chairman of the Board until the conclusion of the investigation."

McMahon is cooperating with the inquiry, WWE said, and will "retain his role and responsibilities related to WWE's creative content during this period." He is also scheduled to appear on "SmackDown" on Friday, WWE announced.

McMahon's daughter, Stephanie, will serve as the interim CEO and chairwoman, WWE said. She had announced last month that she was taking a leave of absence from most of her responsibilities at the organization. She had been serving as the company's chief brand officer.

Until the conclusion of the investigation into recent allegations, I am honored to assume the role of interim Chairwoman & CEO. I love @WWE and all it continues to do to entertain billions around the world. https://t.co/E2MushpoSG

Friday's move follows a Wall Street Journal report Wednesday that McMahon agreed to a secret $3 million settlement with the former employee, who was hired as a paralegal in 2019. The separation agreement, which was signed in January, is meant to prevent the woman from discussing her relationship with McMahon or making disparaging comments about him, according to the Journal. The report, citing documents and the accounts of people familiar with the inquiry, said an investigation began in April and has uncovered other nondisclosure agreements over the years involving misconduct claims from former employees against McMahon and Laurinaitis.

In its release, WWE said no further comment was expected until the investigation was completed. The company did not specify the allegations against McMahon. WWE also said the company and its special committee would work with an independent third party to perform a comprehensive review of its compliance program, HR function and overall culture.

McMahon bought the then-World Wrestling Federation from his father, Vincent J. McMahon, in 1982 and built the company into a global wrestling powerhouse and media conglomerate that has produced crossover stars such as Hulk Hogan, The Rock, Stone Cold Steve Austin and John Cena.

WWE is a publicly traded company, but McMahon still holds a majority of the shareholders' voting power.