Virginia couple charged after 12 pounds of marijuana discovered at RDU 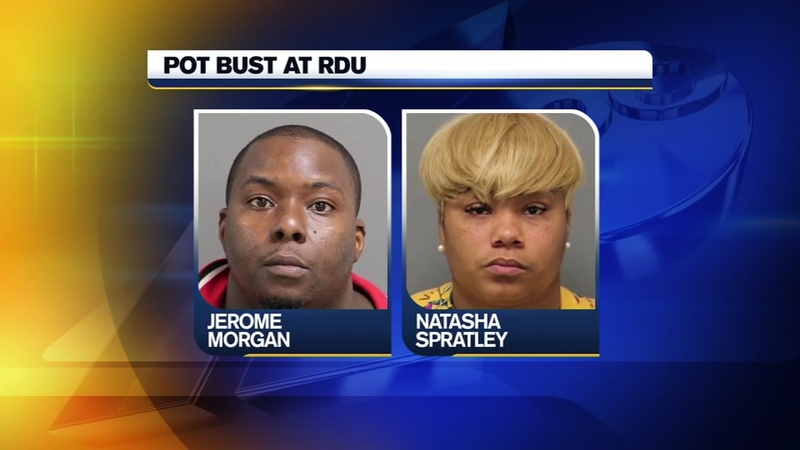 RALEIGH, N.C. (WTVD) -- A Virginia couple is behind bars after being busted for drug smuggling at RDU on the Fourth of July.

Natasha Spratley, 31, and Jerome Morgan, 34, are both charged with felony trafficking in marijuana and possession with intent to sell and distribute marijuana.

They are both from the Petersburg, Virginia area.

According to arrest warrants, RDU police found 11.9 pounds of pot.

RDU investigators declined to elaborate beyond what ABC11 found in the two arrest warrants since the investigation is still underway.

It's not clear if the two were flying out of RDU, flying into RDU, or not flying at all.

So far, police haven't said whether the pot was found in luggage or in the terminals at all.

RDU police have jurisdiction over the roads coming in and out of the airport campus, so it's possible the couple was caught outside the terminals and arrested.