NC voters 'fired up' for mid-terms, early voting through the roof 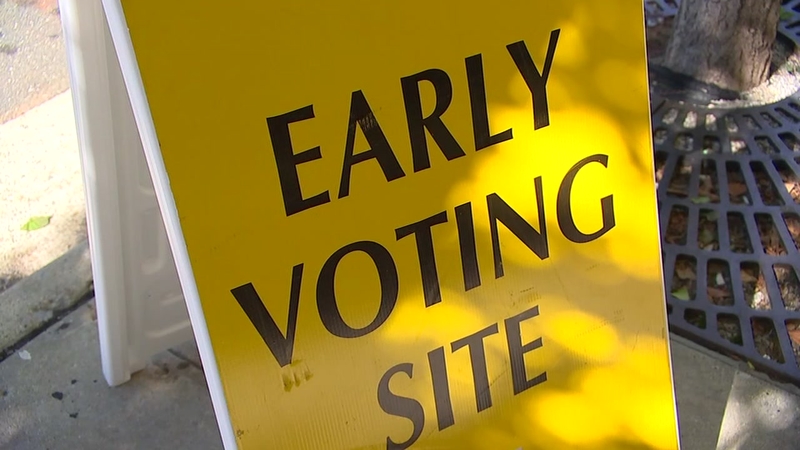 Early voting in the Triangle for mid-term elections

North Carolina voters are decidedly fired up to cast ballots in the 2018 mid-term election. Days ago, early voting totals surpassed the 2014 mid-term numbers and there's still one more day to early vote.

Whether it's to show approval or opposition to President Donald Trump or the contentious Constitutional Amendments on the ballot, whatever is fueling the voter surge could lead to North Carolina's highest voter turnout in a non-presidential year in decades.

"People are fired up; they're going to the polls," said Bob Phillips, Executive Director of Common Cause NC.

“We could be knocking on the door of a 50% voter turnout — which is phenomenal in a midterm election.”

Bob Phillips of @CommonCauseNC breaks down the surge of early voting in North Carolina and what it means for the midterms. #abc11 #Election2018 pic.twitter.com/8AniqD2Lz2

These the kinds of voting numbers Phillips lives for. His non-partisan advocacy group has spent months trying to energize voters; organizing "party at the polls" events to motivate millennials and marches to early voting sites from Shaw University.

"We could be knocking at the door of having a 50% turnout, which is phenomenal in a midterm election," Phillips said.

From Raleigh to Durham to Chapel Hill -- lines have been long to early vote.

Over 1,546,950 North Carolinians have cast early ballots so far, besting 2014's early vote tally -- when Thom Tillis was facing off against Kay Hagan in a U.S. Senate race.

But this year's a 'blue moon' election -- that's when there's no statewide races on the ballot. It's the first since 2006.

"I think the overall turnout midterm (in 2006) was about 37 percent," Phillips said. "I think we're gonna blow through those doors - maybe have an all-time midterm high."

Republicans at the State Legislature credit the early voting changes they put in place early this year for the surge. The new GOP-backed rules standardized polling hours from 7 .a.m to 7 p.m., five days a week statewide.

Harnett County Republican State Rep. David Lewis said, "We have expanded opportunities for all North Carolinians to get to the polls... We are seeking the gold standard in elections."

But, Phillips still insists Republicans are trying to suppress the vote. He argues the standardized hours work for larger wealthier counties; but rural poorer ones were forced to reduce the number of places to early vote.

"It was a shameless cynical sham," Phillips said. "While that sounds good that there's more hours, we have 20 percent fewer early voting sites across the state. Where are they? They're in rural North Carolina."

While the political battles over early voting will have to wait another day...

Early voting in this election ends at 1 p.m. Saturday in Wake and Durham Counties. It's over at 3 p.m. in Orange County.