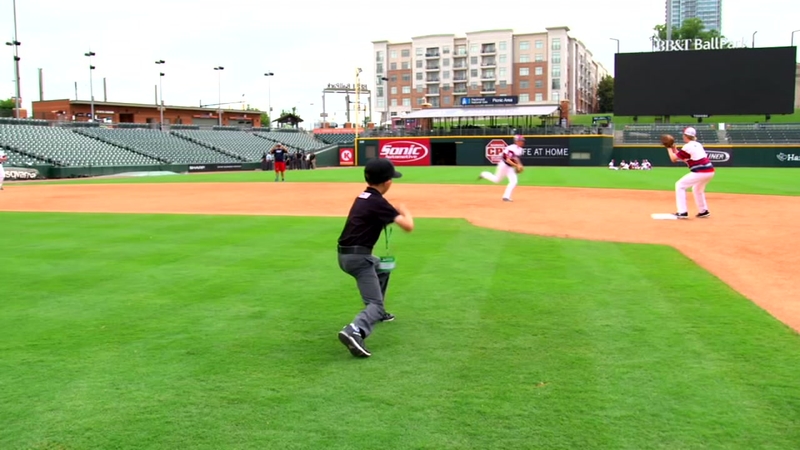 "I met an umpire at a Carolina Mudcats game and they gave me a shirt and I just started liking them," Vincent explained.

His mom and dad said their family watches a lot of baseball.

The Stios are from Long Island, N.Y. so, they love the Yankees. The parents said the umpires are great role models for their son.

"They invite him to the locker rooms all the time," Maria Stio said. "They spend time with him before and after the games, they give him presents, they text him, they remember school started. They text, 'how's the first day of school?'"

"It's such a great group of men, they're great role models," Vinny Stio added. "For all the umpires, they're just great people, really."

Vincent's love of umpires has caught the attention of ESPN. The network featured the 10-year-old as he attended umpire camp in Charlotte.

Vincent said he can't become a paid umpire until he turns 15 years old.