'This is a full time job:' Wake County commissioners push for a 132% raise 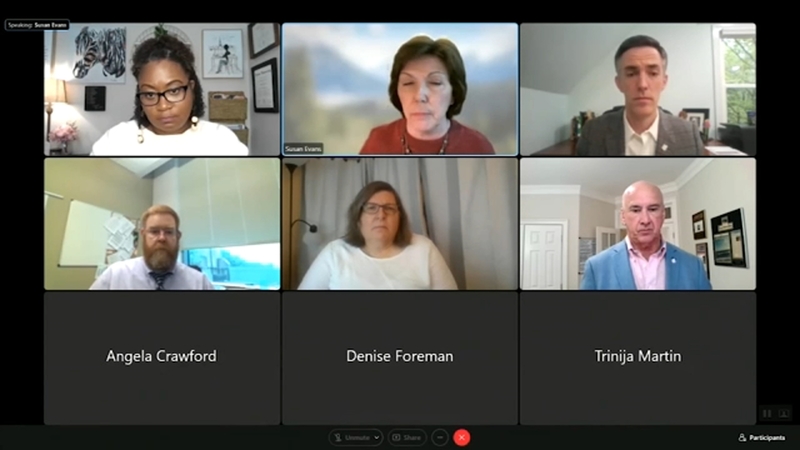 Wake County commissioners push for a 132% raise for themselves

"(The county) has a $1.5 billion budget. And this is a full-time job," said Wake County Board of Commissioners Chair Sig Hutchinson.

Hutchinson is one of several on the panel in favor of a 132% percent salary increase. They argue it's a necessity if Wake County wants to recruit the best candidates for county leadership. They say in a county growing so large so quickly -- the current pay doesn't cut it.

The commissioners met this month to discuss the compensation proposal. Members currently make a combined annual pay of $28,588. The new proposal pushes total commissioner pay to over $66,000 including an increase to travel and technology stipends along with newly-added retirement compensation.

Wake County commissioners consider giving themselves a 132-percent raise for total compensation of $66,223 including benefits.@JoelBrownABC11 explains why one commissioner says it gives her the "heebie-jeebies."@LaurenDawn_TV and I will see you live at 11. pic.twitter.com/iRgMncD5SL

While most commissioners agreed the pay needs a boost to keep up with the living wage in the state's largest county, the size of the increase was a cause for concern for some.

"I don't know what the public feelings would be if we jumped ourselves 132% at one time," Commissioner Susan Evans said at the meeting. "I know it kind of gives me the heebie-jeebies a bit."

The debate about commissioner salaries comes at a time when their colleagues at Raleigh City Council are under mounting pressure to boost the pay of first responders. Police and firefighters have been holding public protests for higher salaries.

While the county and the city have separate budgets, the timing could get complicated. ABC11 asked Hutchinson if he was concerned the commissioner's budget request could be viewed as tone-deaf by the public.

"Oh, absolutely not," he said. "We in Wake County are paying our staff more, including bonuses and signing bonuses. So clearly, people deserve to be paid more."

"The citizens of Wake County deserve the best people to run their county as commissioners and if you want that you have to pay them a living wage," Hutchinson added.

Wake commissioners would become the highest paid in the state if the change gets the green light. The county manager's budget is expected to be released on Monday.