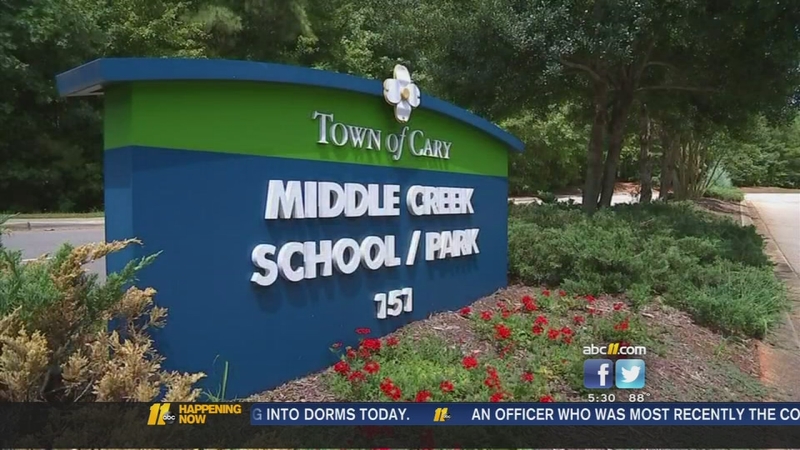 WAKE COUNTY, N.C. (WTVD) -- A Wake County mother is fighting for change after her child's school track was switched without her permission.

Laura Simmons said she received a letter from Wake County Schools in March notifying her of the change.

She later learned her ex-husband put in the request, which was then approved by the district.

"I was floored," said Simmons. "It was just unthinkable that one parent could do this without consulting the other."

Currently, WCPSS has no policy requiring written consent from both parents for changes to student assignment, transportation, or tracks.

Simmons said she filed a joint legal custody agreement with her daughter's school, Middle Creek Elementary. However, when she disputed the track assignment change the decision was put on hold.

In a letter to Simmons, WCPSS board member Dr. Jim Martin wrote," I continue to believe that we need to have a mechanism for families to notify and place into record the existence of custody agreements that preclude single parent action on such decisions. We are not there yet."

While there is still no policy on dual parent consent, the district can now reverse a change if both parents do not agree on a decision.

Simmons' daughter is now back on her original track.

"I think divorce is so prevalent and there are so many contentious issues that single parents need some protection, and they need to know that they're not going to just get railroaded on some of these issues," said Simmons.