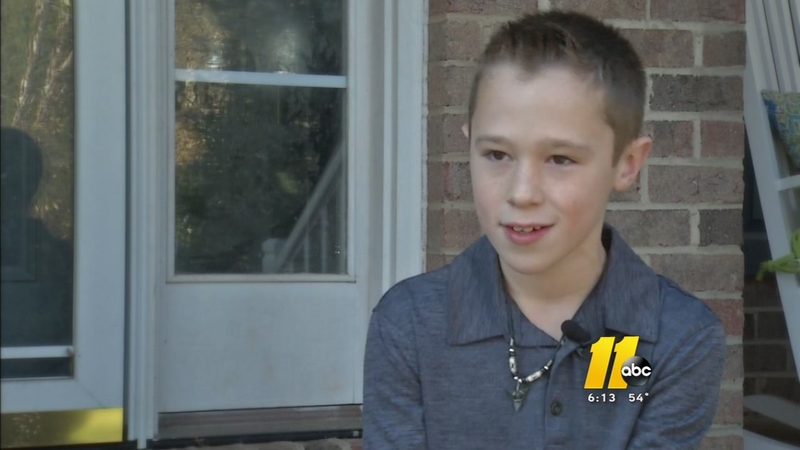 WAKE FOREST, North Carolina (WTVD) -- Thanksgiving is almost upon us and one Wake County middle schooler is attracting some attention on Twitter for what he's thankful for.

The Wake County Sheriff tweeted out a handwritten thank-you note from 12-year-old Gavin Stevens, who wrote to show his appreciation for law officers.

No actions were carried out, but the threat still left some of Gavin's peers shaken.

"Everyone in my first-period class was like freaking out because they thought we were going to die or whatever," Gavin said, "and I actually thought that I felt safer than I did any other day because they were like at every entrance."

While some of his classmates at Wakefield Middle School were annoyed with the increased law enforcement on campus, the sixth-grader wrote this:

Feeling loved and appreciated is the BEST feeling! pic.twitter.com/E33ua9Z5VB