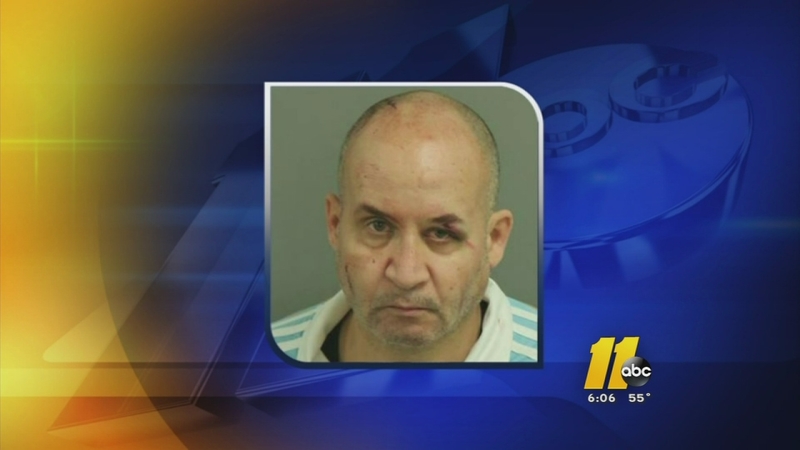 RALEIGH (WTVD) -- A Wake County detention officer was arrested Thursday after police say he got into a violent confrontation with two women in a grocery store parking lot.

It happened at a Food Lion on Avent Ferry Road.

According to an arrest warrant, 52-year-old Abderrahim Benbouida used his car to block in the women's van, jumped out, started pounding on their van and yelling, "Get out of the van you lesbian bitches or I'll kill you."

Kimball said the incident started when they asked Benbouida why he had parked so close they couldn't open a door.

He then left and police were called and given his license plate number. Police went to his nearby house, found the vehicle registered to him, and knocked and talked. When they decided to take him into custody there was a scuffle and he hit his head on a piece of furniture - hence the injuries seen in his booking photo.

Benbouida is charged with assault on a female, communicating threats, and resisting arrest.