Having no ambulances available due to rise in calls has become daily occurrence, Wake EMS says 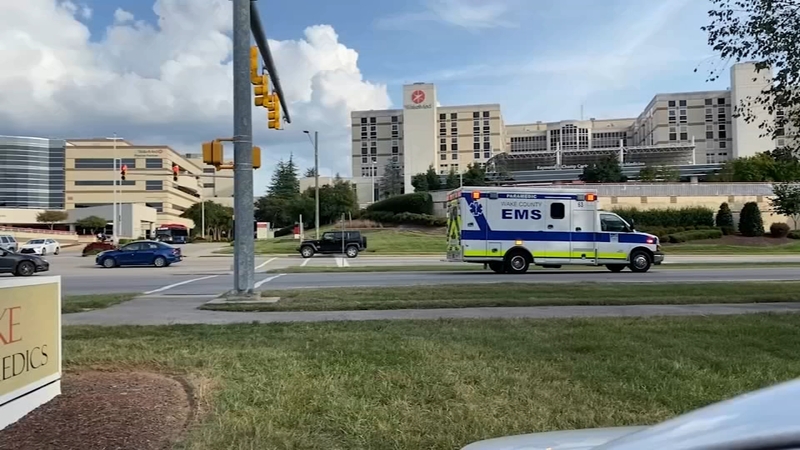 RALEIGH (WTVD) -- For a period of time Tuesday night, there were no Wake County ambulances available to answer calls in the Raleigh city limits.

A Wake County spokesperson told ABC11: "We have been extremely busy for the past four months and reaching zero units has unfortunately become a daily occurrence."

He added that response times to calls are up and waits can stretch to 20 minutes sometimes.

Wake EMS said it has procedures in place to manage low system resources.

The county can call on other municipalities or towns through mutual aid agreements.

Johnston County has been one of those municipalities helping out, but they are seeing their own staffing shortages.

For that reason, it has been difficult for Wake EMS to get help outside the county.

Wake EMS is fully-staffed, but the number of ambulances is not nearly enough to handle a crush of calls.

During the day, 47 Wake EMS ambulances are available. At night, the number is 34.

The rise in calls due to COVID-19 has also been a problem.

For a period of time Tuesday night, there were no Wake County ambulances available to answer calls in the Raleigh city limits.

He also added that hospital space has impacted them. When paramedics transfer a patient to a hospital, they have to wait until a bed is available for that patient before they can leave, which can cause more delays.

"Not even through the Triangle, (it's) honestly, throughout the state."

She feels this squeeze on resources could have been avoided.

"What we're seeing now is the impact of the Delta variant and the cases of COVID-19 getting out of control. So I think if a critical mass of people were vaccinated sooner, we could have avoided this," said Malchuk.

ABC11 has also been reporting on the delays in 911 response times in Durham.

One woman told ABC11 she called 911 six times while caring for a gunshot victim.

In May, Durham's call center reported 26 staff openings. Months later, the center said it hired four people but still has 25 open positions out of 60.

County data shows Durham regularly does not meet this target.

Now, Durham is part of a new pilot program put on by the Harvard Kennedy School Government Performance Lab (GPL) that will help with response to 911 calls.

It's an initiative designed to implement alternative responses to nonviolent 911 calls.

"In many cases, people who call 911 need support with mental health or connection to specific services. Right now, most jurisdictions can only respond to crises with fire, EMS, or law enforcement teams. Building out alternative 911 response models can empower communities to provide a wider array of services to residents that better reflect the challenges they face and reduce opportunities for unintended harm," said Gloria Gong, Executive Director of the GPL.

The will help connect residents to mental and behavioral health services, substance use treatment, and other forms of support.

"We want Durham residents who call 911 to receive the most effective and appropriate response to serve their needs. Sometimes that is a police officer, and sometimes it's a mental health worker or some other trained, unarmed crisis responder," Schewel said in a statement.