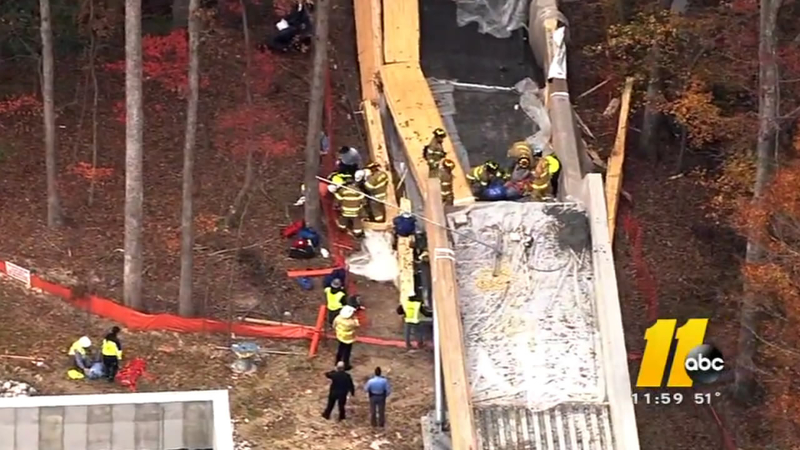 Thursday morning, workers were pouring concrete on a pedestrian bridge when it suddenly collapsed. One worker died and four others were rushed to WakeMed.

The 911 call log reveals a dispatcher had trouble getting help to the workers. 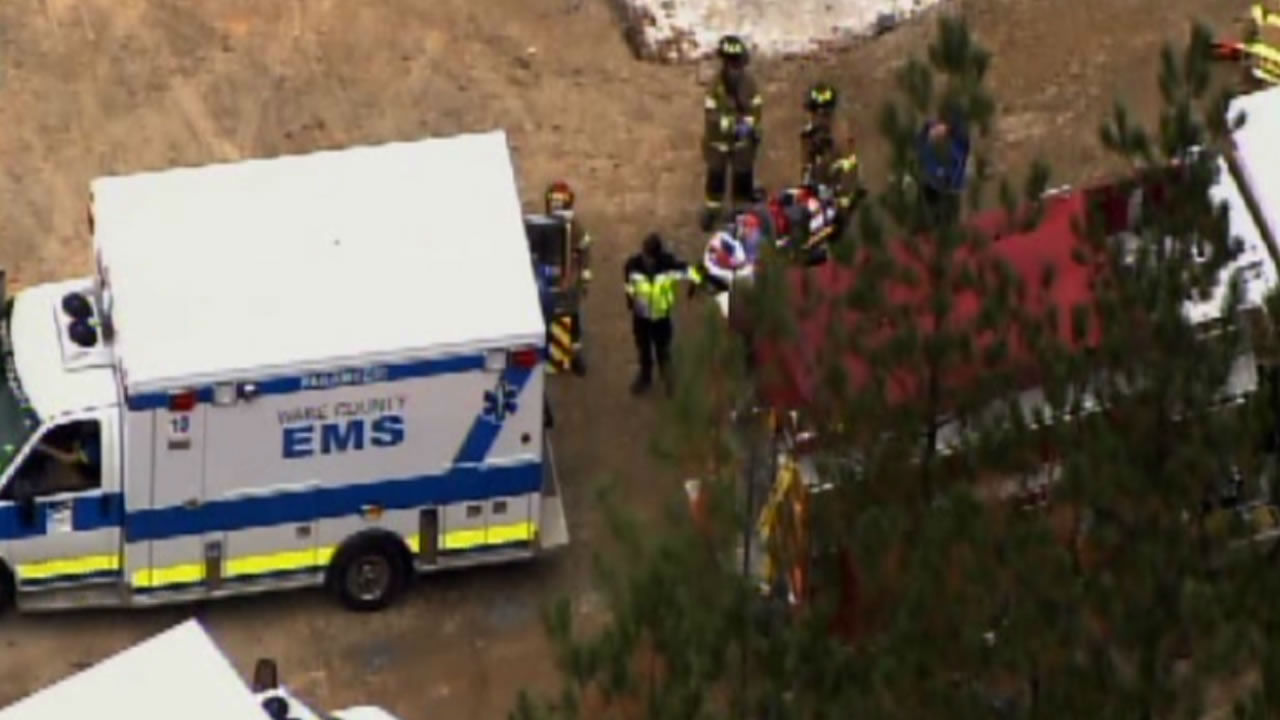 Operator: "What is the address, sir."

Operator: "Sir, I'm sorry, I can barely understand you. You said address is 711. What's the street name?" 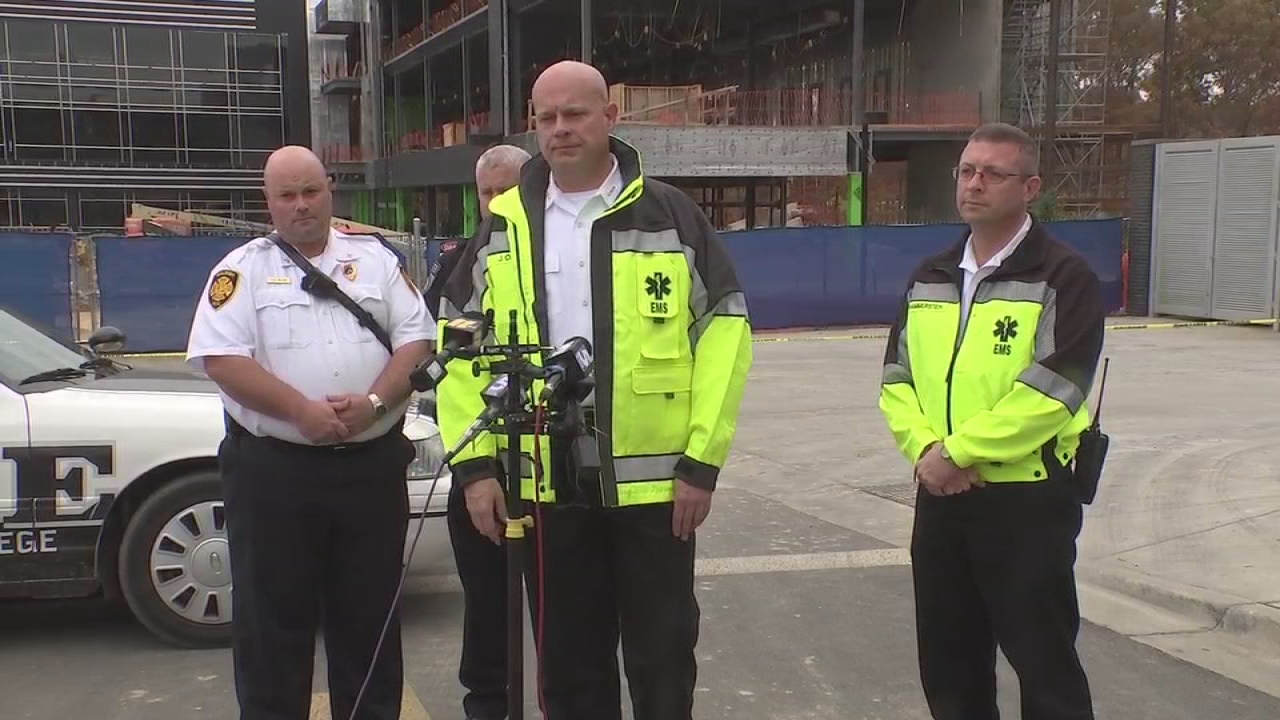 That back and forth about the address went on for more than two minutes as the operator stressed the need for a correct location to dispatch help. We're told it's protocol for operators to get an address first. Then she was able to ask what had happened.

Construction workers were working on a campus expansion project. They were on a 250-foot-long pedestrian bridge when it suddenly gave way, sending five men to the ground. First responders said the bridge, at its highest point, is 40 feet tall.

"Our first unit was on the scene six minutes after dispatch," said Jonathan Olsen, Chief of Operations at Wake County EMS.

While the initial 911 call conversation may have slowed down response by a few minutes, a second delay came from the location itself. The men were in a construction site.

They describe that delay of getting to the victims, once on site, as only a "moment or two" thanks to the help of police officers and other construction workers. When first responders found the men, one was dead. Four were still alive and rushed to WakeMed.

The construction company doing the work is Skanska. Federal investigators were expected to begin looking into what caused the accident right away.

The ABC11 I-Team looked into the company and the sub-contractor that employed the victims. We looked through records kept by the North Carolina Occupational Health and Safety Division, which is the state's OSHA.

Both the company in charge of this project and the sub-contractor responsible for the bridge have notably good safety records.

The subcontractor, a company called Central Concrete, has been inspected four times in the past five years, but was never cited and never found to be in violation.

Skanska Vice President Alan Jones says the company is committed to finding out what went wrong and sharing lessons learned.