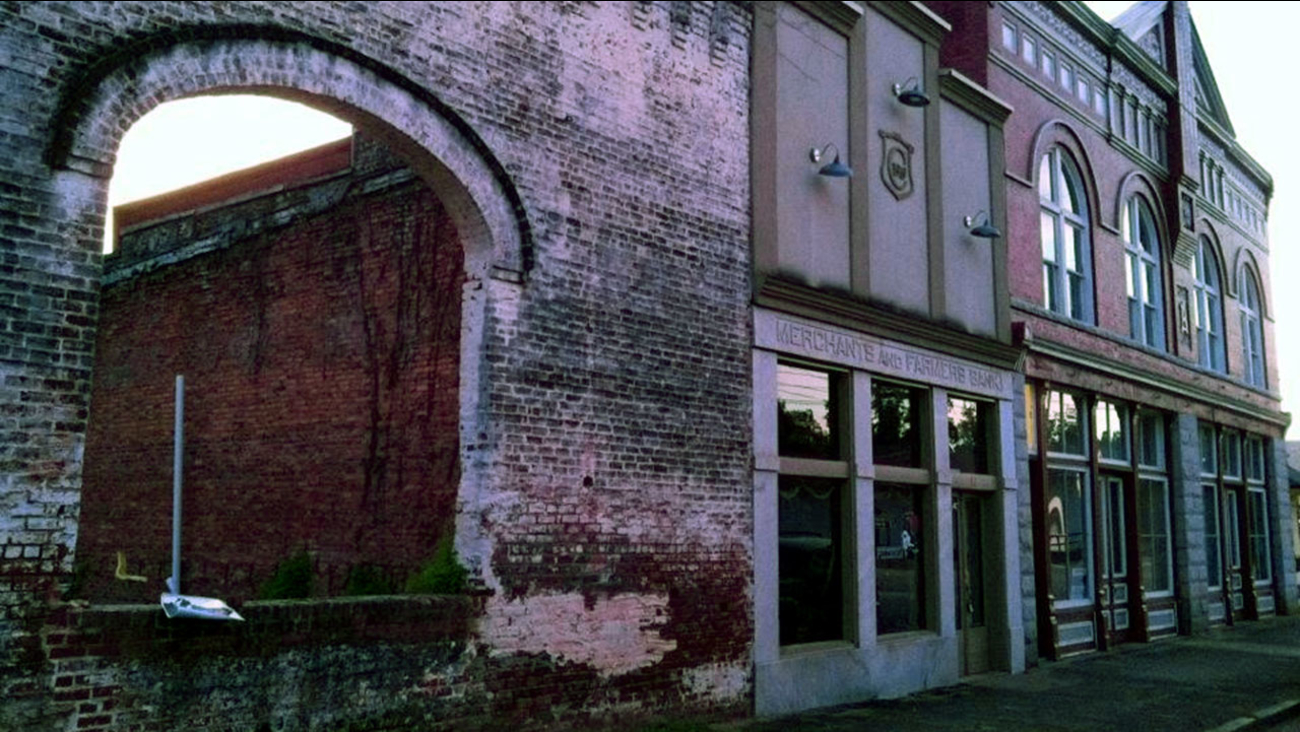 This Oct. 1, 2013 photo shows the archways and brick wall of an old building in Grantville, Ga., that is used to film a scene in the AMC TV drama "The Walking Dead." (AP Photo/Jeff Martin)

GRANTVILLE, Ga. -- Fans of the AMC television series "The Walking Dead" have a chance to make a killing in real estate.

The former mayor of the town of Grantville is putting part of a ghost town featured in the show up for sale on eBay. Almost 25,000 square feet of space is listed for $680,000.

Jim Sells tells WXIA-TV in Atlanta that he bought the nine buildings in downtown Grantville out of foreclosure during the recession. Now, he's ready to hand over the keys to someone with more experience owning commercial property.

"The hard work has been done," said Sells, referring to renovations. "We're looking for somebody to put it all into action.

"We have people coming from all over the world because of 'The Walking Dead,' that's paying the bills downtown."

A season three episode of the zombie drama was filmed in the town.