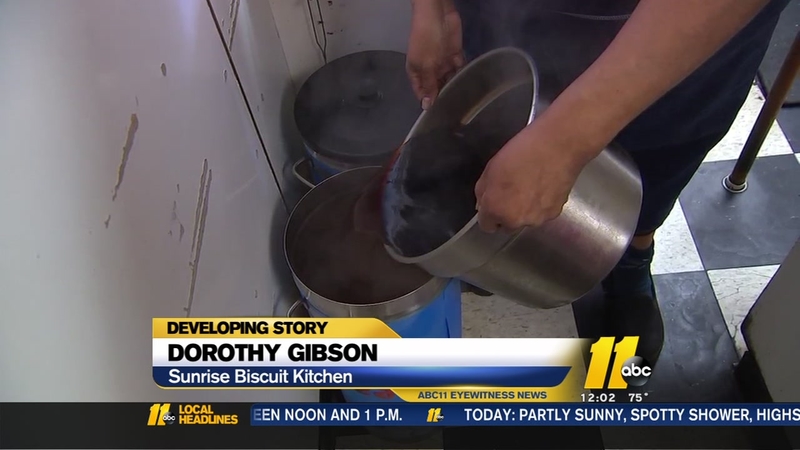 A Boil Water Advisory is in place indefinitely for Franklin County and parts of Granville and Vance counties after the Kerr Lake Regional Water Plant began having difficulties with its pumps Monday.

Mandatory water conservation is also in effect for Henderson.

The problem is affecting an estimated 54,000 users of Kerr Lake Regional Water System, including in Henderson, Vance County, Oxford, and Franklinton.

The city of Oxford's website said Kerr Lake Plant was down and a mandatory Emergency Water Conservation was in effect till further notice.

At one point Monday night, the Oxford Fire Department told ABC11 that it could run out of water.

Though there's a Boil Water Advisory in effect for Oxford, schools will be on regular schedule Tuesday.

They'll have bottled water and hand sanitizer on hand, the school system tweeted.

The city of Henderson said the Kerr Plant issue is being addressed but it does not have an estimate of when the plant will be back to full capacity.

Alan Thornton, Oxford city manager, told ABC11 that as of 10 p.m. one pump is back up and running, providing the system with 8,000 gallons of water per minute.

That's good news, but it's just a start.

"Our system is re-pressurizing and we believe that overnight we should be back to having system-pressure levels at more normal levels," Thornton said. "However, we're going to be under a boil water advisory for our citizens and for our customers. The advisory means that we recommend that you boil your water for a period of one minute vigorously."

Thornton said water will be tested first thing in the morning, but it could take 24 hours to get results, so it could be Wednesday before officials know whether they can lift the Boil Water Advisory.

Henderson urged all residents to "refrain from excessive use of water during this time."

"The city of Henderson lost power to all three of our high-pressure and distribution pumps," Mayor Eddie Ellington said Monday evening. "We have been working around the clock with our staff and technicians to resolve the problem as quickly as possible. We have an engineer on site that restored power to one of the pumps and continues to work on the other two at Kerr Lake Regional Water System. Our citizens and water users can rest assure that this issue will be corrected and we apologize for any inconvenience this may have caused."

The cause of the pump failures is not yet known.

"We buy our water from Karr Lake. They're the ones having the issue, and we have our own water in elevated storage tanks, but we have a limited amount and there's no recovery date right now," JP McCann with Envirolink said of Vance County's system. "They don't have a time to tell us when the pumps are going to be back online. So right now all the water we have is what's in the towers. So that's why I'm asking county residents to conserve water."

The Division of Water Resources is advising residents as a result to boil water - particularly residents who may have lost service, even temporarily. Water used for brushing teeth, making ice, washing dishes, in food preparation and for drinking are among the uses for which it should be boiled. Infants under 6 months and pregnant women are advised to use bottled water if possible. Vigorous boiling for one minute should kill any disease-causing organisms that may be present in the water.

- Use dishwashers only when they are full. Washing dishes by hand (don't let the tap run!) saves about 25 gallons.
- Adjust water level on clothes washing machines, if possible. Use full load only, if not adjustable.
- Turn off faucets while brushing teeth, etc. saves about five gallons per day.
- Reduce water used per flush by installing toilet tank displacement inserts. A plastic jug may often be used as an alternative. DO NOT USE BRICKS, as they disintegrate when soaked and the resulting grit hinders closing of the flap valve.
- Use sink and tub stoppers to avoid wasting water.
- Keep a bottle of chilled water in the refrigerator for drinking.
- Find and fix leaks in faucets and water-using appliances. Faucets can usually be fixed cheaply and quickly by replacing washers.
- Learn to read your water meter so you can judge how much water you use and what difference conservation makes.
- Take shorter showers and shallow baths - saves about 25 gallons.
- Reduce the number of toilet flushes per day. Each flush uses about 5 gallons (2 or 3 gallons, if you have water saving toilets).
- Don't use a garbage disposal.
Source: City of Henderson
Report a correction or typo
Related topics:
hendersonoxfordwaterwater conservationgranville county newsboil orderfranklin county newsvance county news
Copyright © 2021 WTVD-TV. All Rights Reserved.
TOP STORIES
Don't let COVID-19 carelessness haunt you on Halloween, doctors say
Fayetteville grandmother terrorized when bullets fly through home
New indictments filed against embattled former Granville Co. sheriff
LATEST: Gov. Cooper says 'it's good news' in fight against COVID-19
Teen girl injured in Durham hit and run
Retirements, redistricting could play role in 2022 midterm elections
Show More
US limits immigration arrests at schools, 'protected' areas
Raleigh triplets part of Duke's vaccine trial for children
Small businesses push local shopping during supply-chain crunch
Criminal charges 'on the table' in deadly shooting on 'Rust' set: DA
Raleigh man charged with sexual assault of a minor
More TOP STORIES News