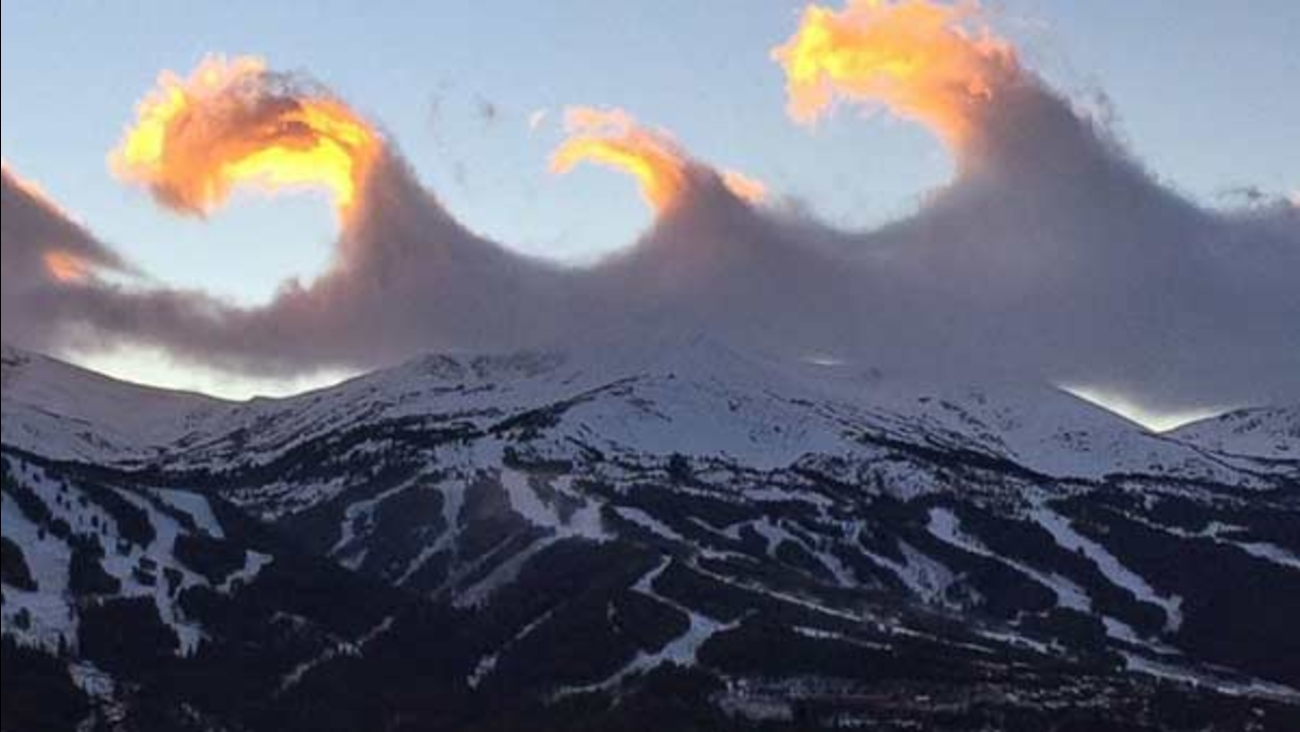 Last Friday, the town was treated to an incredible sunset featuring wave-like clouds that even seem to "break" like a wave would in the ocean.

According to Andy Russell, a weather and climate lecturer at Brunel University, the Kelvin-Helmholtz billows are an indicator of atmospheric instability. They form when a layer of cloud is found beneath a layer of warmer air and the two layers happen to be moving in separate directions.

The clouds get their appearance because the top layer of air moves faster than the lower layer, and the top layer then gets scooped into a wave-like structure.