Two pinned after trucks collide on I-40 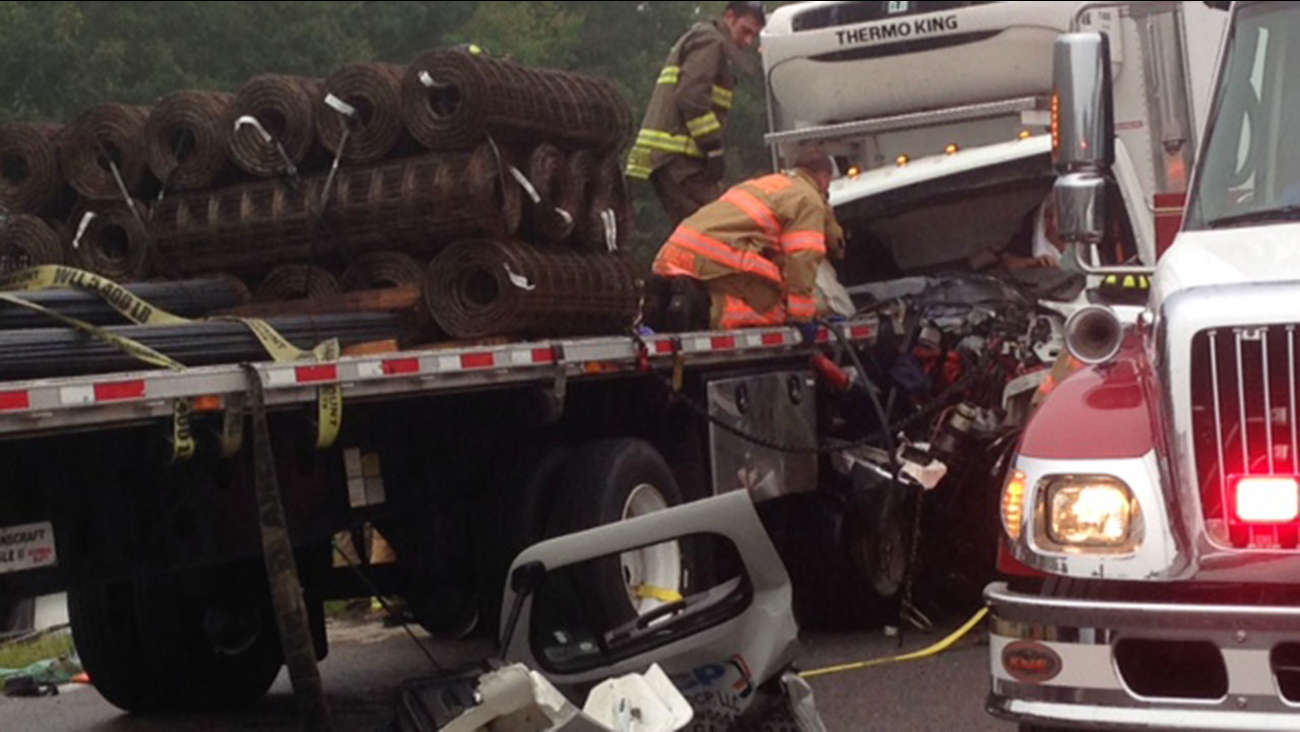 Two people were pinned in the box truck after it rear-ended the 18-wheeler along eastbound I-40 at exit 334 near Benson in Johnston County just before 7 a.m. when the driver of the flatbed tractor-trailer was parked on the right shoulder near exit 334 when he attempted to merge onto I-40, according to investigators.

It took emergency crews over an hour to free the driver and passenger in the box truck.

EMS tried to get a hospital helicopter to the scene, but the weather had all aircraft grounded.

Weather made rescue efforts more difficult Tuesday morning when a box truck collided with a tractor trailer on Interstate 40 in Johnston County.

The pair ended up being taken by ambulance to Wake Medical Center with serious injuries. The driver of the box truck has been identified as Jason Smithey of McLeansville, N. C. The identity of the passenger is unknown at this time.

The driver of the flatbed tractor-trailer was not injured, and has been identified as Larry Eugene Kelly of Durham.

Investigators are continuing their investigation and charges are pending.

Eastbound traffic had to be rerouted down the exit ramp and back up the entrance ramp, causing delays.