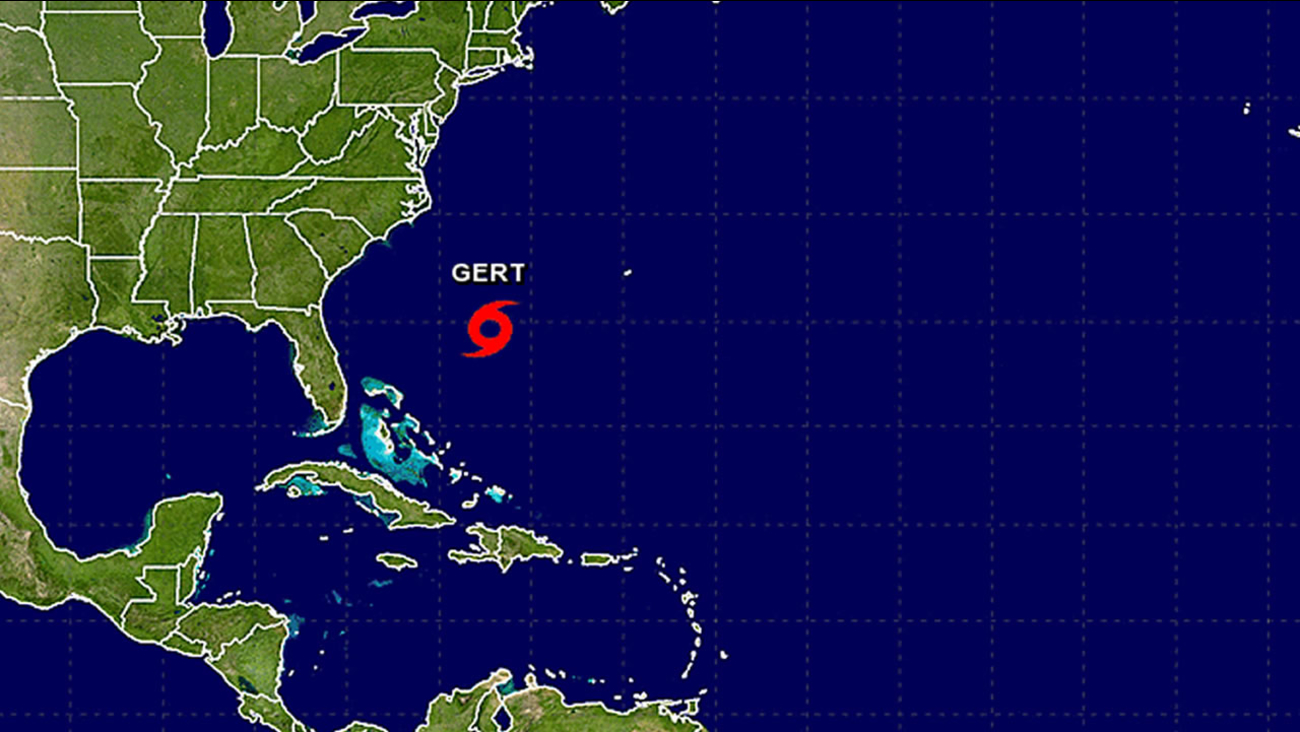 Forecasters say Gert has strengthened to become the second hurricane of the season in the Atlantic Ocean.

The National Hurricane Center says Gert was about 445 miles west of Bermuda late Monday and had maximum sustained winds of 75 mph. The storm was moving north at 8 mph.

The weather advisory says Gert has developed an eye and is expected to strengthen in the next 48 hours. The forecast calls for it to turn northeast and accelerate Tuesday night.

Swells generated by Gert will begin to affect portions of Bermuda and the U.S. East Coast - from North Carolina to New York - over the next couple of days.

No coastal watches or warnings are in effect, but the hurricane center says these swells are likely to cause life-threatening surf and rip current conditions in the region.

Hurricane Franklin became the first hurricane of the 2017 season in the Atlantic last week. The storm made landfall on Mexico's Gulf Coast early Thursday as a Category 1 hurricane.