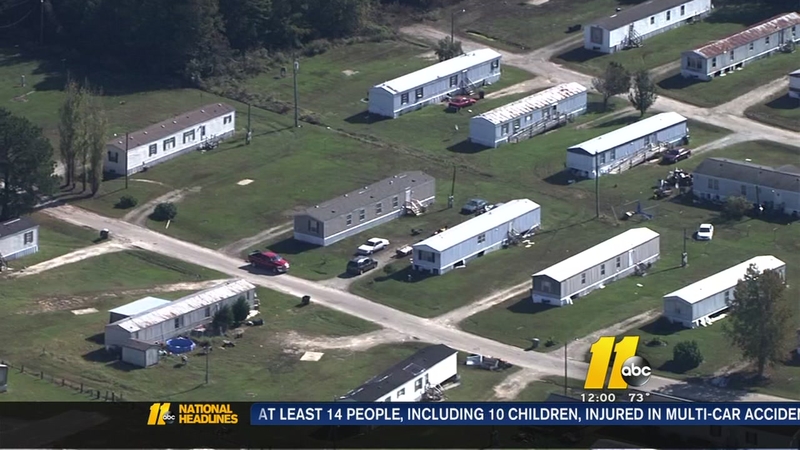 PRINCEVILLE, NC (WTVD) -- North Carolina Governor Pat McCrory got a first-hand look at some of the parts of Princeville that were recently underwater on Monday and said there are health concerns in many of the buildings.

People are still being kept out of the community, even though the water has receded.

"The whole town's been wiped out," said McCrory Monday and compared it to a ghost town.

Among the governor's priorities Monday were getting resources to the people forced to abandon their normal routines.

"We're waiving some of the state unemployment policies so anyone who's been put out of their job can immediately sign up for unemployment," he explained.

Princeville Mayor Bobbie Jones said his home is among those now uninhabitable because of unsafe air that lingers in many buildings. He warned residents to stay away for now.

Governor McCrory said he made the mistake of entering a school without protective gear.

"The minute I walked in, I wish I would have had a mask. It just shows how dangerous the conditions are gonna be in these houses that were flooded," he said.

Mayor Jones said it may be later this week before some residents are allowed to return. For anyone that does, a red sticker on the outside means do not enter.

A yellow sticker means you can go in, but don't hang around because it's still not safe to stay.