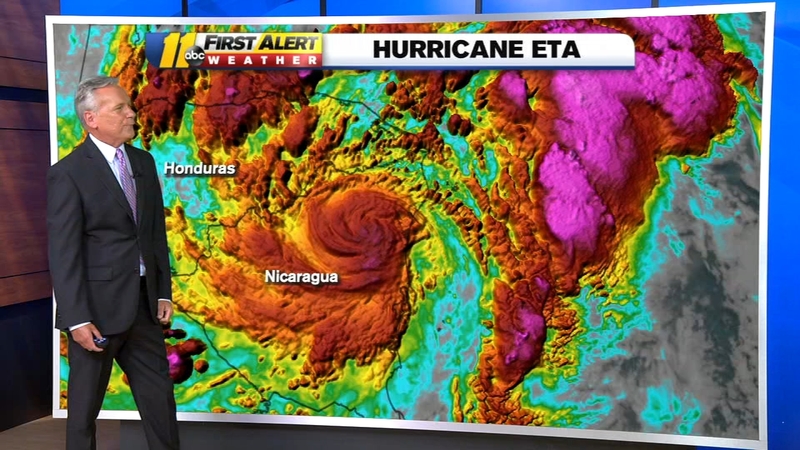 Hurricane Eta made landfall south of Nicaragua with estimated wind speeds of 140 mph around 4 p.m.

Here's the latest track for Hurricane Eta. The category 4 hurricane will continue to bring life threatening flooding, storm surge, and high winds to Nicaragua. It's forecast to move towards south Florida as a tropical storm this weekend. pic.twitter.com/ZYA6ieFoR0