WTVD
By with WSOC 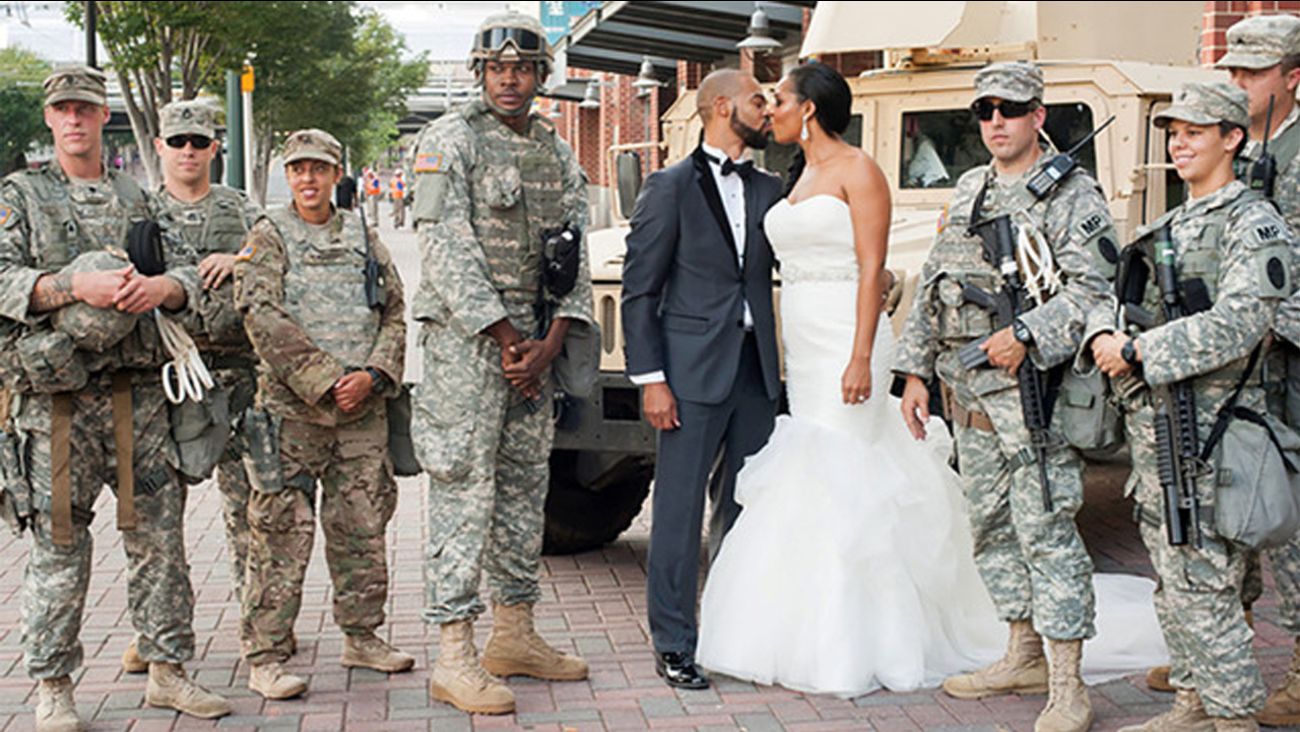 CHARLOTTE (WTVD) -- It's been a week of unrest and tension in the Queen City, but one couple was determined not to let the protests and violence affect their wedding day.

Jenelle Davis and Deatric Smith had planned to get married in uptown Charlotte on Saturday long before a state of emergency was imposed following the shooting death of Keith Scott by police last week. National Guard troops and armored vehicles were deployed to street corners in the heart of the city.

The couple had chosen the Hyatt House as their venue, but the building was vandalized after protests and demonstrations. They decided against moving locations and the entire hotel was boarded up to prevent protesters from breaking windows.

Despite loud crowds outside and the sound system not working at the hotel, the two became husband and wife -- with their closest friends and family there to witness it.