How White House staff moves one president in, another out in just 5 hours 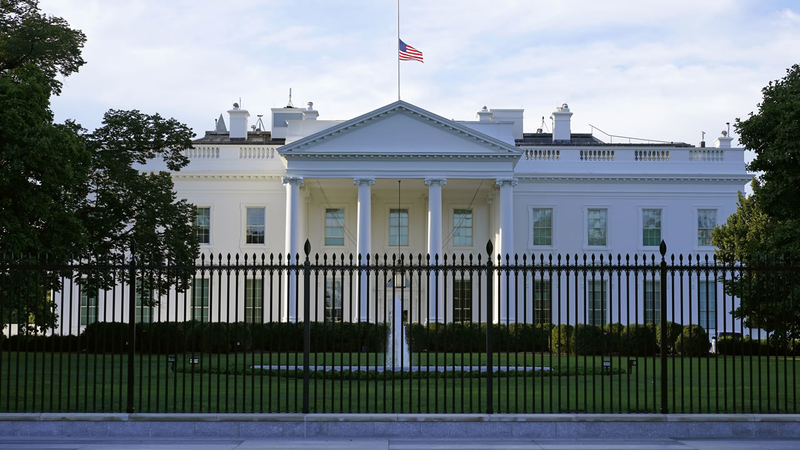 WASHINGTON -- Ahead of the Inauguration of President-elect Joe Biden, staff inside the White House residence are preparing for one of the most complicated parts of a presidential transition: Moving one president out of the residence and another president in over the course of mere hours.

It's a complex process that White House staff has been perfecting for decades.

ABC7 News spoke one-on-one with journalist Kate Anderson Brower -- author of the #1 New York Times bestseller, "The Residence: Inside the Private World of the White House" -- about how it works.

"It's amazing how they do it," Brower said, "They have about six hours, five to six hours, to make this move happen."

RELATED: Everything to know about Biden/Harris inauguration date, time, performers and how to watch live

Brower described the transition inside the residence as an "incredibly choreographed" routine that takes place every four to eight years by a staff of roughly 100 butlers, ushers and housekeepers, who work to make sure everything is perfect even down to minor details. (For instance, Brower said, they stock the kitchen with the new president's favorite foods and the bathroom with his favorite shampoo.)

"It's the staff that does the move, because for security reasons they don't hire an outside moving company," she explained. "So as the president's being sworn in on Capitol Hill, it's the White House staff who is physically moving headboards, mattresses, unpacking clothes, hanging them in the closets, so that when they move in everything is absolutely perfect."

It's such a grueling and stressful process, Brower said the Head of Operations at the White House once told her that the best transition is when there's no transition and the incumbent is reelected for another four years.

According to Brower, the goodbye ceremony also includes a tradition where the staff gifts the outgoing president the flag that flew over the White House on his first full day and last full day in office. The flag is given in a wooden box specially made by the White House carpenter.

RELATED: What does the presidential oath of office that's read during the inauguration say?

Of course, this year the presidential transition is unlike any other. The world is in the middle of a pandemic and President Trump has not fully conceded the Election. Still, Brower said the transition is moving forward as usual.

"We know that Melania Trump has moved a lot of her things out, sent a lot of boxes to Florida to Mar-a-Lago," Brower said. "I'm in touch with someone working on the transition on the residence team who says they are preparing for a deep clean of the residence...because of the pandemic there's going to be an extra level of sanitation required in the residence."

The staff that works in the White House residence historically is nonpartisan and works for every administration regardless of party. Brower said despite the divisiveness of the moment, that tradition remains. She said she's spoken to three recently retired White House staff who said they enjoyed working for President Trump as much as they did President Obama.

"The residence staff is this strange universe of non-partisan people, people who are there to serve the presidency no matter who the president is," Brower said. "I actually think it's one of those rare things in Washington where what you see is what you get and they are discreet and they are loyal and it really doesn't matter who is there."

Still, Brower said the White House staff is looking forward to having the Bidens live in the residence because "they know them, they know what to expect." She also predicts the country will again see a softer side to the White House.

"We know that Biden was always a proud grandfather, so we're going to see him playing on the South Lawn with his dogs, we'll see him with his grandchildren," she said. "And definitely having dogs and a cat in the White House is going to bring back that kind of lighter side we can all relate to."

Ahead of the Inauguration of President-elect Joe Biden, staff inside the White House are preparing to move one president out and another in over the course of mere hours.