What we know about the now-detained D.C. bomb threat suspect from NC WASHINGTON (WTVD) -- After a tense hours-long police standoff, a North Carolina man surrendered to authorities near the U.S. Capitol after claiming to have a bomb in a pickup.

Forty-nine-year-old Floyd Ray Roseberry is from Grover, in Cleveland County, which is less than an hour from Charlotte and sits right at the North Carolina-South Carolina border.

The incident started around 9:15 a.m., when Roseberry pulled up in his truck with no license plate outside the Library of Congress, just eight months after the rioting at the U.S. Capitol and one month prior to a planned rally in Washington that law enforcement officials have prepared for. 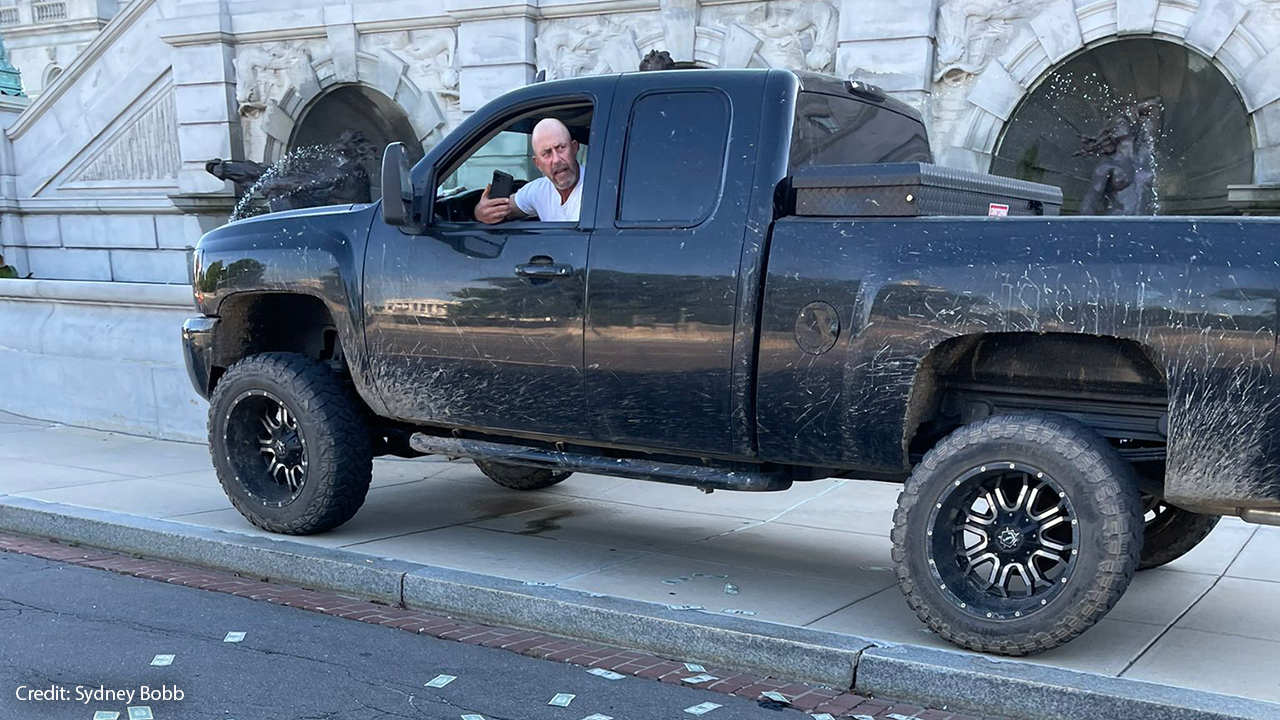 During the standoff, the North Carolina man -- and self-proclaimed patriot -- took to Facebook Live inside his truck.

"I'm up here in Washington, D.C., there's a Capitol or something. There's another Capitol. The police are coming. I'm trying to get Joe Biden on the phone," Roseberry said in a now-deleted Facebook Live video.

All of this said as Roseberry held a canister that he claimed was a bomb that could only be detonated if the windows were shattered. During his rant, Roseberry made anti-government threats as well as comments on the recent events in Afghanistan, health care and the military. At one point, the suspect called for President Biden to step down; in exchange, he would leave his truck.

In a separate video two days earlier on Tuesday morning, Roseberry echoed far-right conspiracy theories about Democrats being arrested and Trump being reinstated as president. He also called upon "the South" as well as talks to "revolution" all while targeting migrants from Mexico and Afghanistan.

Roseberry's ex-wife, Crystal Roseberry, said she had seen images of the man in the standoff at the Capitol and confirmed to The Associated Press that it was her ex-husband. She said had never known him to have explosives, but that he was an avid collector of firearms.

Meanwhile, in North Carolina, local authorities are now searching a Cleveland County home along the 3000 block of Blacksburg Road connected to Roseberry. after being alerted by FBI agents.

Randy Evans, a neighbor to Roseberry, told ABC-affiliate WSOC he had no idea what Roseberry was capable of and never expected him to make such headlines. He said another neighbor had filed a complaint after hearing loud bangs from Roseberry's property.

"We have no reason to believe that there is any danger to the community here in Cleveland County -- but that is our goal to eliminate any possible threats here," said special agent Bobby Wells with North Carolina's sector of the FBI.

The FBI, ATF North Carolina State Highway Patrol and both Cleveland County and Gaston County Sheriff's Offices are in the process of obtaining warrants to search Roseberry's home.

In the meantime, the United States Capitol Police is working in conjunction with the FBI Washington Field Office to investigate Roseberry's background and the motive.