Fed up with owners, DEQ takes control of Woodlake Dam 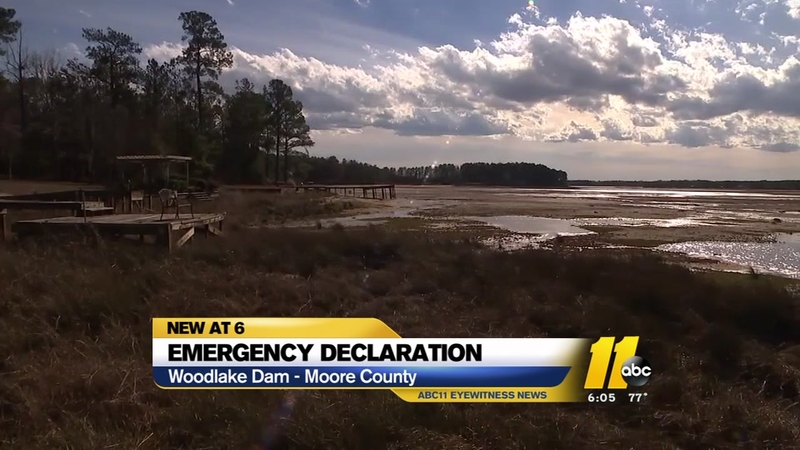 An emergency declaration at Woodlake Dam

VASS, North Carolina (WTVD) -- Fed up with another display of inaction, the State of North Carolina is taking control of the Woodlake Dam from its maligned owners.

In two documents obtained by the ABC11 I-Team, officials at the Attorney General's Office and Department of Environmental Quality effectively label the situation at Woodlake to be that of an emergency, requiring immediate action that must be paid by taxpayers.

"Breaching the dam is a measure essential to provide emergency protection to protect life and property downstream," NCDEQ Secretary Michael Regan writes in a letter dated June 8th. "Under this declaration, the Department intends to expedite the procurement of qualified dam engineers for the design and construction oversight for the temporary full breach of the damaged Woodlake Dam."

This latest development follows a saga that reached a near-catastrophic climax after Hurricane Matthew. The storm exposed the dangers of years of neglect when crews found a ruptured spillway, forcing the evacuation of hundreds of residents. The National Guard was called in to plug the leak with sandbags.