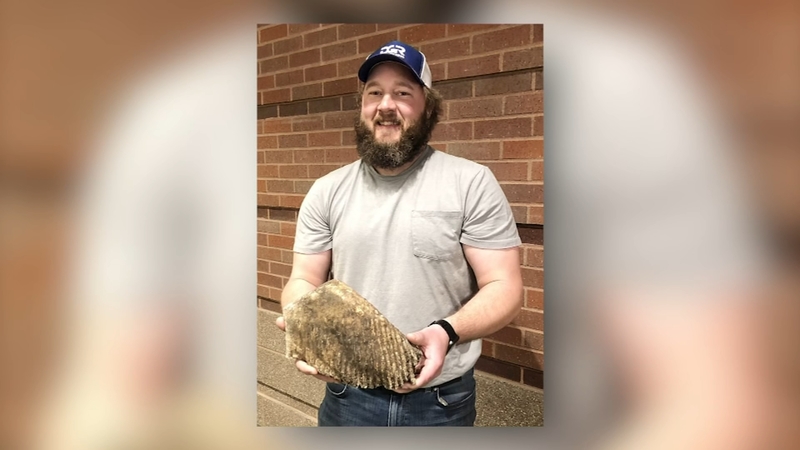 SHELDON, Iowa -- A man made a prehistoric, "once-in-a-lifetime" discovery in Iowa.

He discovered a woolly mammoth tooth while on a construction site in the city of Sheldon, CNN reported.

It weighs a whopping 11.2 pounds and is nearly a foot long.

Justin Blauwet found the tooth. He said it was laying there, clearly exposed during excavation.

According to a paleontology professor, Blauwet got lucky because most woolly mammoth teeth disintegrate quickly.

Experts also said this tooth is suspected to be over 20,000 years old.