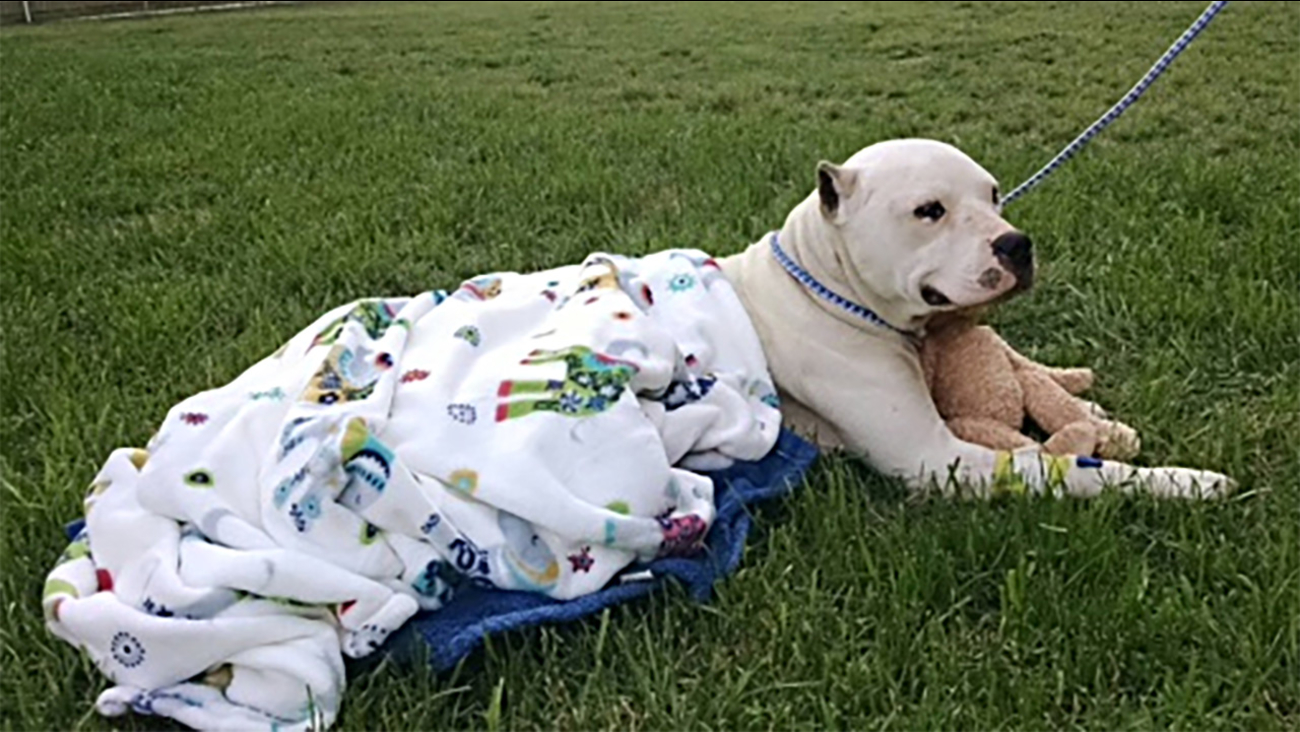 Zeus, with the help of his teddy bear, is recovering Thursday after surgery. (Courtesy of Riverside Veterinary Hospital)

The pup, which a rescue group named Zeus, had to be neutered, had his tail amputated, and also lost his "anatomy."

Riverside Veterinary Hospital in Rocky Mount said Zeus is expected to heal in about two weeks.

When he was found Tuesday by Talia Sutton, a passing motorist on Graves Road in Wilson, the dog was shivering, thin and in obvious pain.

He had suffered serious injury to his groin area, and Sutton called 911.

"As soon as I saw his private area, I just called 911," Sutton told ABC11 on Wednesday. "When I called 911, I told them you all need to hurry up because I thought this dog was dying."

Sutton suspected the dog had been abused, but vets say they can't be sure.

They said Thursday they likely can rule out paraphimosis -- a medical condition where a dog can't retract its penis back inside its sheath -- because the injury went from penis to tail.

How Zeus was injured remains a mystery. It's possible he ran through a wire fence, vets said.

Also unknown is why this pup, who had a collar on, was lying alone and scared by the roadside.

If you would like to help with Zeus' medical care, you can donate here.