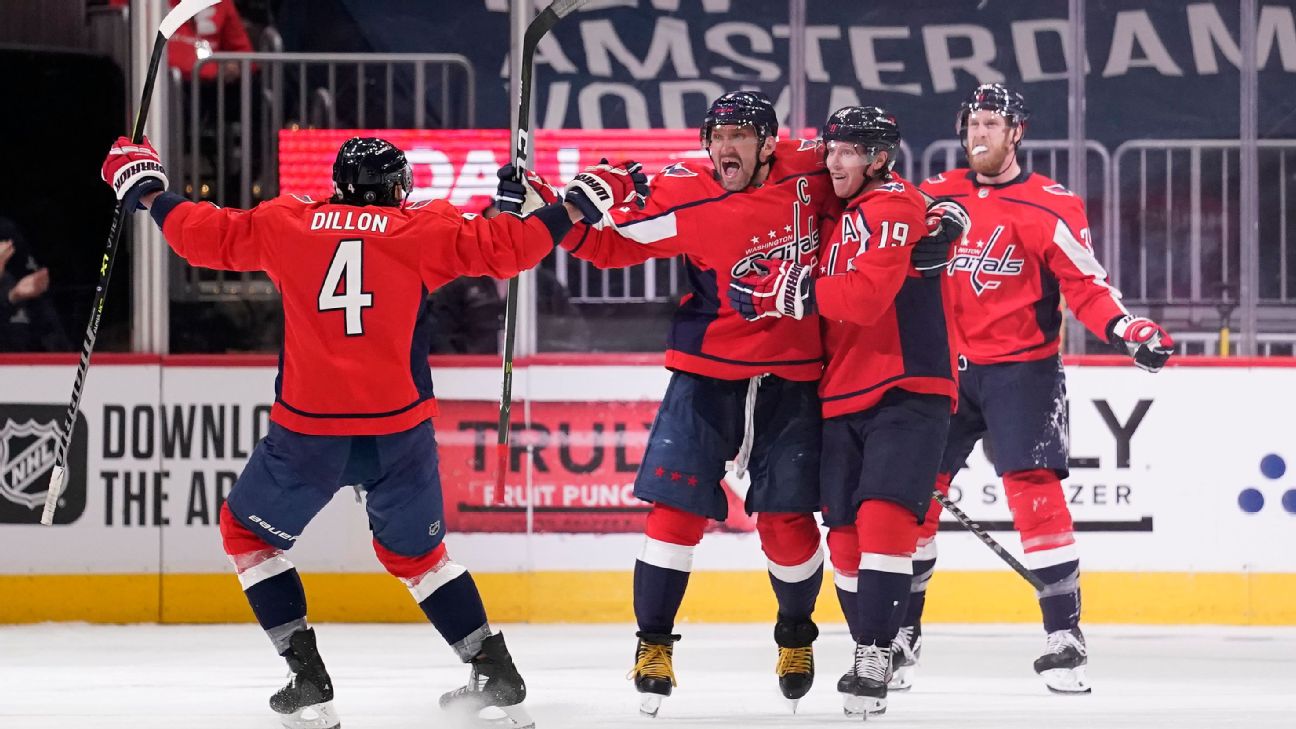 The first night of the 2021 Stanley Cup playoffs set the bar high for the postseason. We had drama, with the Washington Capitals losing their starting goalie in the first period. We had intensity, as the Capitals and Boston Bruins had a spirited affair. Finally, we had a surprise, as the Caps pulled off an overtime victory against the favored Bruins.

First round, Game 1: No. 4 New York Islanders at No. 1 Pittsburgh Penguins | 12 p.m.
The Islanders mustered just 2.38 goals per game against the Penguins this season and were inconsistent offensively down the stretch. Pittsburgh, meanwhile, are looking to advance past the first round of the playoffs for the first time since 2018. The Penguins have lost nine of their past 10 postseason games. "It's a new group. We've played some good hockey down the stretch. I think we need to bring that and add another level when the playoffs start," Penguins captain Sidney Crosbysaid.Series preview.

First round, Game 1: No. 3 Minnesota Wild at No. 2 Vegas Golden Knights | 3 p.m.
The Wild have been a thorn in the side of the Golden Knights since Vegas entered the league. Minnesota is 11-2-3 all-time against them, including 5-1-2 vs. Vegas this season. "They're a great team. We're a great team. So it's going to be a fun series. When we play aggressive, we're a big hockey team, a smart hockey team and we know how to play with that style. We've just come out on top most times against them," said Wild forward Marcus Foligno.Series preview.

Nikita Kucherov and Steven Stamkos will return for the Lightning in Game 1 against Florida. For Stamkos, it'll be the first game action since April 8. For Kucherov, it'll be the first game action since Sept. 28, 2020. This is the first "battle of Florida" playoff series in the 28 years the two franchises have coexisted in the NHL. The Panthers were 5-2-1 against the Lightning this season, including 3-0-1 after Stamkos was injured.Series preview.

Washington Capitals 3, Boston Bruins 2 (OT) (WSH leads 1-0)
When the Capitals lost starting goalie Vitek Vanecek to injury in the first period, it was up to 18-year veteran Craig Anderson to save Game 1. After making just five appearances in a season spent mostly on the taxi squad, Anderson made 21 saves before Nic Dowd's goal at 4:41 of overtime gave the Capitals the win over Boston. "When opportunity knocks, you make the most of your opportunity. I've been here before. It's a great feeling to be involved and be a part of it," Anderson said.Full recap.

Anderson signed a one-year deal with the Capitals after Henrik Lundqvist was unable to play after undergoing open-heart surgery. His last playoff appearance was a Game 7 double-overtime loss to Pittsburgh in the 2017 Eastern Conference finals. Depending on the status of Vanecek and Ilya Samsonov, the Capitals might have to lean on Anderson. "It was great to see him come off the bench and play like he did in a big game like this. I don't think anybody expected anything different. Everybody was pretty confident, based on his career and the amount of starts he's had in his career," said Capitals coach Peter Laviolette.

Rask made 29 saves in the loss, getting beaten twice on deflections in front of the net, including on the game winner. "I think it was going over my head or at my head or something, then hit a stick, hit my chest and somehow ended up in the net. I think I probably bumped it into my own net," he said.

"Well, you could say I'm well-rested."

-- Capitals goalie Craig Anderson, who made only five appearances in a regular season spent on the taxi squad, before rescuing the Caps in Game 1 against Boston.

Brad Marchand saw a young Capitals fan get hit with a puck during warm-ups and had an autographed stick delivered to her. One day, when she's old enough, perhaps she'll learn it was from uber heel Brad Marchand.

Connor McDavid of the day

Meanwhile, in the regular season, Edmonton Oilers star Connor McDavid assisted on Adam Larsson's first-period goal for his 105th point in 56 games. His 1.88 points-per-game rate is the highest in the NHL in 25 years (minimum 50 games played). 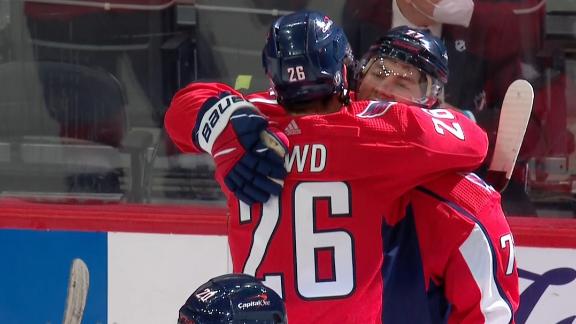