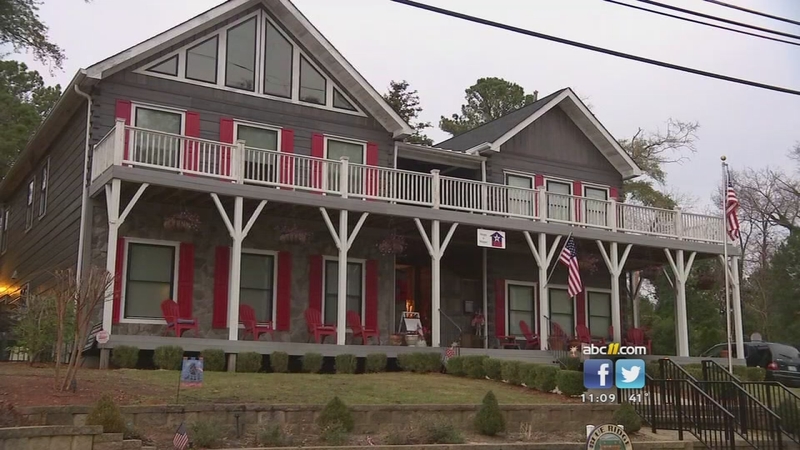 FAYETTEVILLE (WTVD) -- In 2012, Jubilee House was a site of hope. It was a transition home for homeless female veterans, transformed by ABC's Extreme Makeover Home Edition. It drew national attention and even a visit by First Lady Michelle Obama.

Fast forward to today, and the home on Langdon Street sits empty. The last residents moved out over the summer. The non-profit is a victim of ongoing financial trouble and on Thursday the now former owner, Barbara Marshall, was escorted off the property by sheriff's deputies.

"Certainly we find no pleasure in the sheriffs having to escort her but Ms. Marshall refused to leave," said Allen Rogers, the attorney representing Steps and Stages.

Steps and Stages is the company that runs Jubilee House today. It's also the company Marshall founded, but a three year investigation by the state alleges Marshall kept poor financial records and on several occasions the utilities had to be cut off because bills weren't paid.

In July, Marshall handed over control to an interim board appointed to handle matters for Steps and Stages.

What exactly Marshall was doing on the property Thursday, is not clear. When asked, she declined to comment.

Despite what happened Thursday, Rogers wanted to point out that he commends Marshall on the vision she had for this home that was supposed to be a second chance for veterans.

"I think she will be forever recognized for the great work that she did and the Jubilee House and getting support to grow that asset, as well as she should be recognized for making such a substantial contribution," said Rogers.

As for the future of the Jubilee House, Rogers hopes someone in the community will step up and continue its purpose to help those in need.