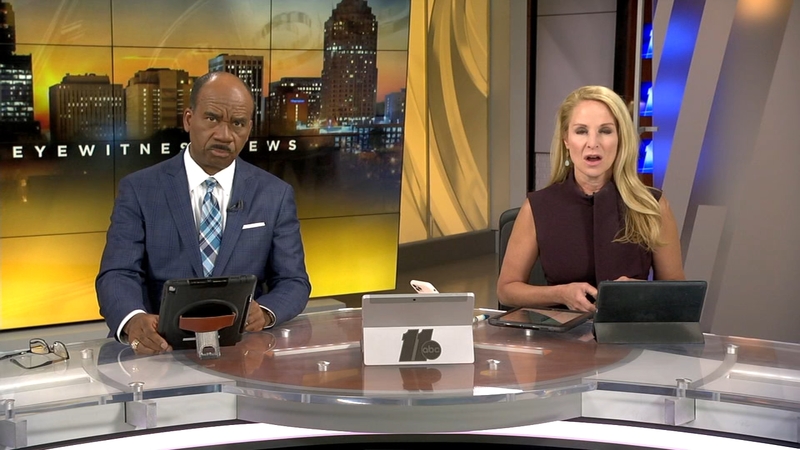 RALEIGH, N.C. (WTVD) -- Dozens of people patrolled Glenwood Avenue Wednesday morning, carrying photographs of a man who hasn't been seen for a week. He worked as a bouncer at several clubs in the Raleigh neighborhood, and the head of security at one of his jobs says Robert Richardson is hard to miss most days or nights.

That's why Richardson's friends and family are worried that he could be injured or disoriented after a car accident last Wednesday.

"We've done fliers, pretty much all over the downtown area. And where the wreck was, which is over there at Wade Avenue near Ridge Road. We've been in contact with the detective who's assigned to the case, but we haven't really gotten anything back that's amounted to anything so far," Perry said.

"Everybody's been trying to contact hospitals, homeless shelters, anywhere we can where he possibly may be," said his brother-in-law Craig Snyder. "The more we put his face in the news, in the hands of people with fliers and stuff. If people do see him and get a call in to us or Kinsley. Then we could have some peace!"