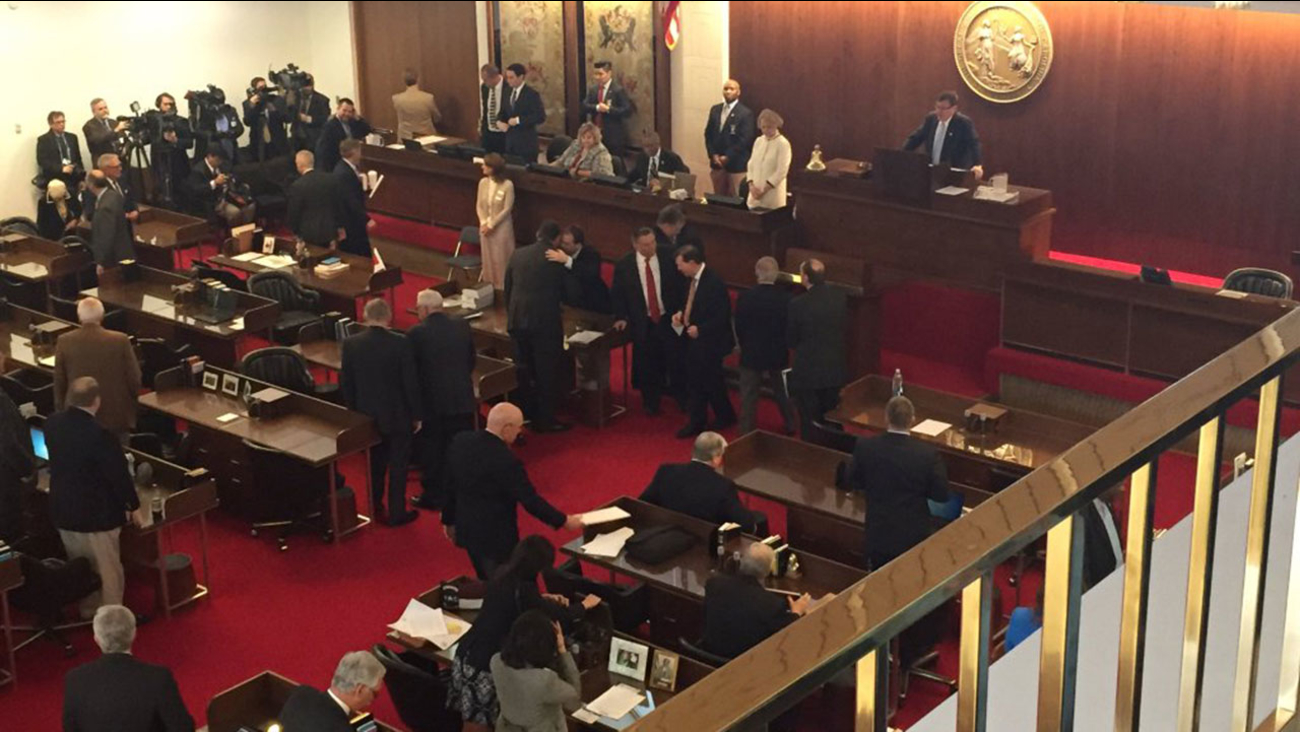 RALEIGH -- Democrats in North Carolina's third-largest county on Saturday voted to send a leading gay-rights advocate to the state Legislature for its annual session beginning later this month.

Members of the Guilford County Democratic Party executive committee picked Equality North Carolina Executive Director Chris Sgro over another candidate, party Chairwoman Myra Slone said. Sgro was elected by about 40 Democratic activists who live in the 58th District of the state House of Representatives, she said. He will complete the term ending this year of Rep. Ralph Johnson, who died last month.

Sgro said his top priority for the General Assembly session starting April 25 will be repealing a new state law that limits anti-discrimination protections for lesbian, gay and transgender people.

"I am going to be focused on being an advocate for the LGBT community," said Sgro, who will be the only openly gay member of the General Assembly once he's sworn in. He was an aide to former U.S. Sen. Kay Hagan.

Sgro has been a leader in the opposition to the state law, which also requires transgender people to use public bathrooms conforming with their sex at birth. His organization and the American Civil Liberties Union of North Carolina sued in federal court to overturn the law, claiming it attempts to legalize discrimination.

Johnson died the night of last month's primary elections, which he lost to Guilford County school board member Amos Quick. Without a Republican general election opponent, Quick will begin his own two-year term in January.

The law was introduced, adopted and took effect on March 23. Supporters since then have held a series of prayer vigils, including one Saturday in Jacksonville attended by about 150 people and 10 opponents, WCTI reported.

But the law's opponents have been loud and extensive. States and major cities have banned public employees from optional travel to North Carolina, PayPal reversed plans to open a 400-employee operation center in Charlotte, and more than 130 corporate CEOs signed a letter urging the law's repeal. Bruce Springsteen canceled a show scheduled for Sunday in Greensboro, saying in a statement on his website that "some things are more important than a rock show and this fight against prejudice and bigotry - which is happening as I write - is one of them."

"There are implications to us, ranging from conferences that will no longer send delegates to North Carolina and our campus," Chancellor Carol Folt wrote in a statement to students and faculty Friday. "Current and prospective donors who are signaling a reconsideration of their gifts; grants and relationships with businesses that are now in jeopardy."

A Charlotte tourism official said at least four groups already have canceled events in the city because of the law. Charlotte could lose dozens of events that would represent millions of dollars in visitor spending, Charlotte Regional Visitors Authority spokeswoman Laura White told The Charlotte Observer.

It was Charlotte's adoption of a non-discrimination ordinance that included allowing transgender people to use public restrooms in line with their gender identification that prompted the state law, legislators said. The law's supporters, including Gov. Pat McCrory, said that would have endangered women in bathrooms and locker rooms by allowing male predators posing as transgender women easier access.