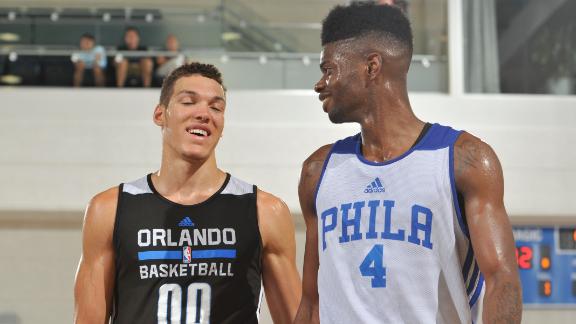 ORLANDO, Fla. -- The Philadelphia 76ers will remain cautious with Nerlens Noel's playing time during the NBA's summer league after the former lottery pick had an encouraging debut Saturday following knee surgery that delayed the start of his career for 18 months.

Noel had 19 points, four steals, two rebounds and a blocked shot in 26 minutes during an 83-77 loss to the Magic on the opening day of the Orlando Pro Summer League. The Sixers' coaching staff was encouraged by Noel's first NBA performance, which came after the 6-foot-11 center sat out last season.

Philadelphia assistant Lloyd Pierce, who is coaching the team's summer league entry, said after the game that he wasn't certain how much Noel will play the rest of the week and that his status would be determined on a day-by-day basis. Each of the 10 teams in Orlando is scheduled to play five games over seven days.

Noel said he felt good after Saturday's game and no longer plays with any concerns about his knee.

"No mental blocks," he said. "It's been 18 months out. I haven't been thinking about the knee for many months now. So I'm definitely going to continue to get it strong, as strong as possible and continue working. It's very validating. It's been 18 months since I played an organized game, and I felt great today. I'm real happy, but I can't get too happy because it's a long road ahead of me."

Just getting on the court was a major step forward for Noel, who got a dunk on his first touch of the game. It was his first public game action since he tore his ACL in a game on Feb. 12, 2013, against Florida during his freshman season at Kentucky. Noel was projected to be the No. 1 pick in the draft before the injury, but was selected sixth overall by New Orleans and then traded to Philadelphia in a deal for Jrue Holiday.

"I was nervous at the beginning, but I seemed to play a little better when I'm anxious," said Noel, who added he was able to settle into a rhythm after his early dunk. "That definitely helped the jitters and set the tone for the game. I was really feeling it and will have to [continue] to improve."

Several other players in Orlando look to improve from their debuts Saturday. Heat first-round pick Shabazz Napier, the most outstanding player on UConn's national championship team, missed his first 10 shots and had eight turnovers in Miami's loss to Boston.

"It's the biggest learning experience I can get," Napier said. "Hopefully I learn from it as quick as I can and move on to the next game."

Aaron Gordon, the fourth overall pick out of Arizona, shot 3 of 11 from the field and had four turnovers with seven points and five rebounds in 25 minutes for Orlando in the loss to the Sixers. Boston guard Marcus Smart, the No. 6 pick out of Oklahoma State, missed 6-of-8 shots but had 10 points against Miami. Magic guard Elfrid Payton, the 10th pick out of Louisiana-Lafayette, had two points and four turnovers.

Most coaches preached patience with their prospects this week.

Pierce said Noel showed signs of the tremendous athleticism and defensive skills that made him the Southeastern Conference's defensive player of the year after he averaged 4.4 blocks during his lone college season. His time in knee rehab also gave Noel a chance to work on his shooting touch and feel around the basket on the offensive end of the court.

Noel shot 6 of 11 from the field and made all seven of his free throws. But he also had five fouls and four turnovers and struggled with his timing in some stages of the game.

"Moving forward, his confidence has to be through the roof," Pierce said.

Just getting a big man in uniform for game action has proven a challenge for the Sixers. Two years ago, they traded for Andrew Bynum and saw him sit out the entire season with knee problems. Last season, Philadelphia fans had to endure a 19-63 season with Noel watching from the bench. Last month, the team used the third overall pick to draft Kansas center Joel Embiid, who is expected to miss at least half of next season to recover from a fractured bone in his foot.

Noel is hopeful he can reverse the trend and give the franchise a productive season, starting this week.

"I don't have many limitations, but you know we will be diligent, especially with this being my first game," Noel said. "But I'm sure I feel pretty good, and will just keep it going and watch it carefully." 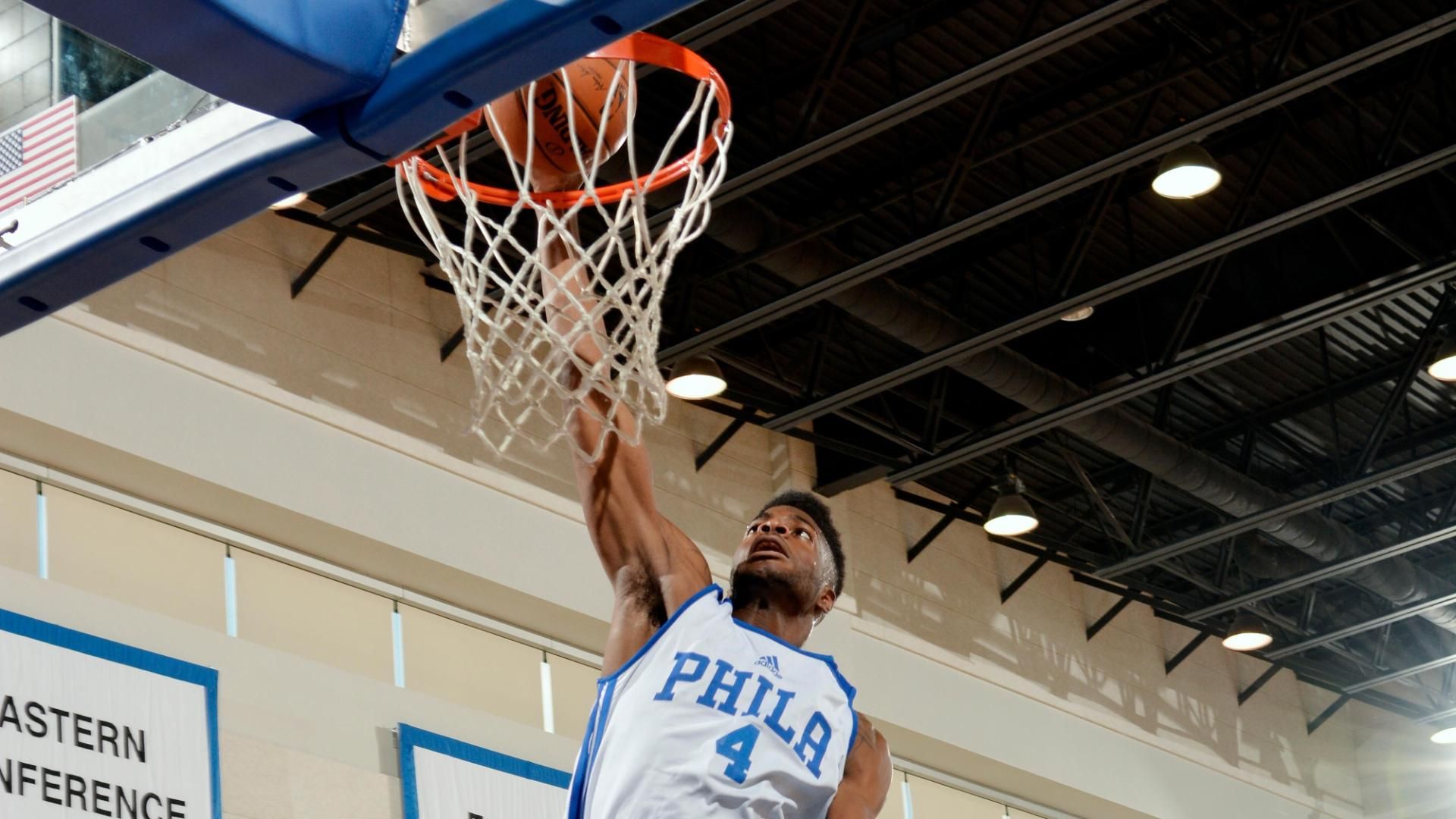 Smart Helps Celtics Top Napier, Heat
Marcus Smart scored 10 points and had five steals to help the Celtics to an 85-77 win over Shabazz Napier and the Heat.