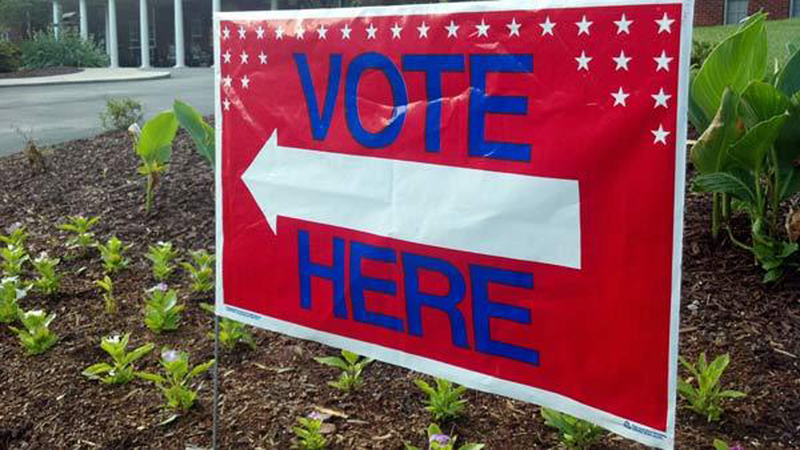 NC Board of Elections launches investigation

RALEIGH, North Carolina (WTVD) -- The State Board of Elections said Tuesday it is actively investigating attempts to compromise voting software that was used on Election Day in 21 of North Carolina's 100 counties.

The software was used to help check in voters who cast ballots in person.

However, Bowens told ABC11 that Durham will no longer use VR Systems equipment moving forward.

Bowen said Durham is transitioning to State Board of Elections software, which is a free system and a "reasonable option for Durham County."

"The software is not used during early voting and does not play any role in ballot marking or vote tabulation," said Kim Westbrook Strach, executive director of the N.C. State Board of Elections and Ethics Enforcement, in a news release. "This agency takes any reports of possible interference with our election processes very seriously."

The State Board of Elections told ABC11 that the investigation has just begun.

Shortly after the release of the report by The Intercept on Monday, the Justice Department announced it had charged a government contractor in Georgia with leaking a classified report containing "Top Secret level" information to an online news organization.

The report the contractor allegedly leaked is dated May 5, the same date as the document The Intercept posted online.

The document said Russian military intelligence "executed cyber espionage operations against a named U.S. company in August 2016 evidently to obtain information on elections-related software and hardware solutions, according to information that became available in April 2017."

Dmitry Peskov, spokesman for President Vladimir Putin, denied the allegations Tuesday, saying that the Kremlin did not see "any evidence to prove this information is true." He said Moscow categorically denies "the possibility" of the Russian government being behind it.

The hackers are believed to have then used data from that operation to create a new email account to launch a spear-phishing campaign targeting U.S. local government organizations, the document said. "Lastly, the actors send test emails to two non-existent accounts ostensibly associated with absentee balloting, presumably with the purpose of creating those accounts to mimic legitimate services."