1 dead, one hurt in shooting near Rockwood Park in Durham 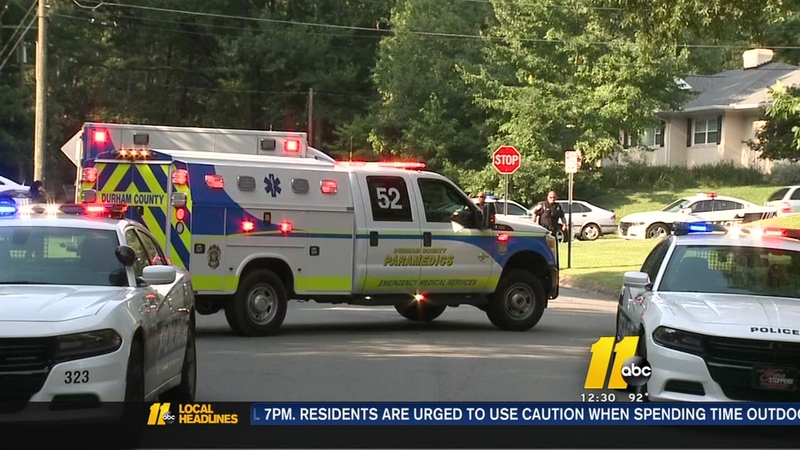 DURHAM, North Carolina (WTVD) -- The Durham Police Department is investigating a shooting near the entrance to Rockwood Park at the end of Whitley Drive.

One man is dead and police said a second, taken to the hospital, was shot in the leg and is expected to recover.

Officers say inside the park they found a gun. They said 27-year-old Denzel Holloway was found shot to death near the wood line.

The other man, a 17-year-old who police say was shot in the leg - ran to a nearby home on Meade Lane. He was taken to the hospital for treatment of serious injuries.

There, family members gathered shortly after the shooting, many telling ABC11 the two victims were cousins.

Anyone with information is asked to call Investigator E. Hines at (919) 560-4440, ext. 29322 or CrimeStoppers at (919) 683-1200. CrimeStoppers pays cash rewards for information leading to arrests in felony cases and callers never have to identify themselves.