Harris was born November 3, 1991 in St. Petersburg, Florida. He attended Grace Christian School in Sanford, NC., where he was a member of the soccer and basketball team, and graduated in 2010.

The family asked people to line the streets of the funeral procession with American Flags and the procession was led by members of the Patriot Guard.

"He gave the ultimate sacrifice for us so we can remain free and do the things we like to do. It's our duty to show respect and honor for them," said Patriot Guard member Dutch Macomber.

Many starting to line the streets with their flags in hand in honor of Spc. Chris Harris #abc11 pic.twitter.com/HqNtIsDFFV 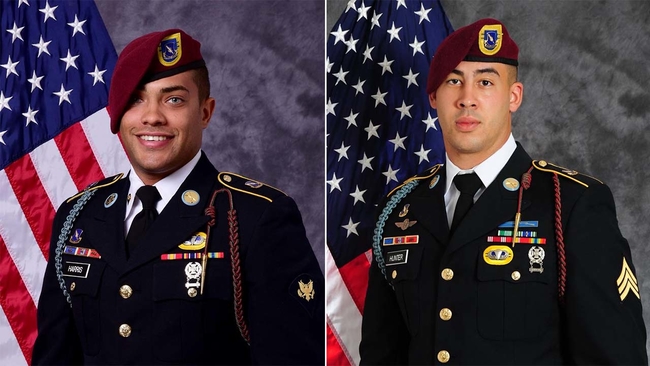