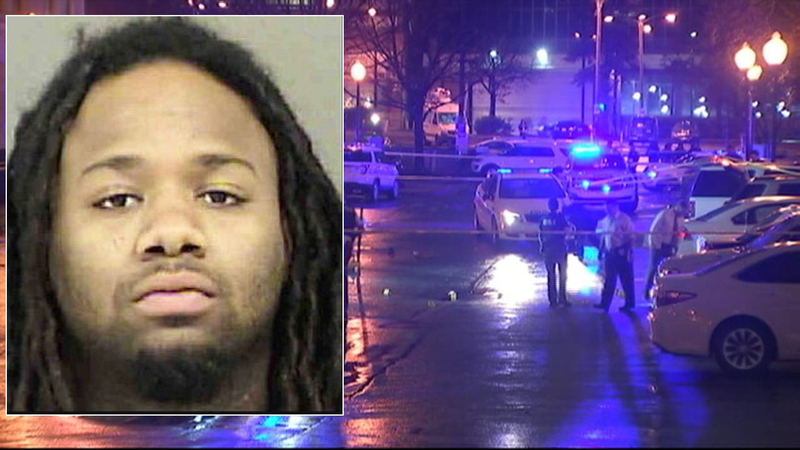 CHARLOTTE, NC (WTVD) -- Police sources told ABC affiliate WSOC that a man being investigated for Thursday's homicide on Carlyle Drive that prompted an Amber Alert was killed during a shootout outside Charlotte-Mecklenburg Police Department Headquarters.

Jonathan Bennett was wanted after being accused of shooting and killing his girlfriend and mother of his 2-month-old daughter.

Bennett, 23, was taken to the hospital and reportedly died from his injuries. Sources said he was shot by officers.

Police said the preliminary investigation showed that Bennett pulled into the parking lot of the Law Enforcement Center and shot at six to eight officers who were there briefing on an unrelated case. Officers returned fire.

A TV crew from WSOC was outside Charlotte-Mecklenburg Police Department Headquarters in uptown Charlotte as the shooting began.

Reporter DaShawn Brown said she was getting ready for her live shot around 10:45 p.m. Thursday from CMPD Headquarters when she heard about 12 shots fired.

Sources said that a female officer was shot in the leg and suffered non-life-threatening injuries. She was taken to the hospital for treatment.

Brown said she saw officers hustle and she ducked for cover, and then officers surrounded a body.

The scene late Thursday after a Charlotte police officer and at least one other person were shot outside police headquarters.