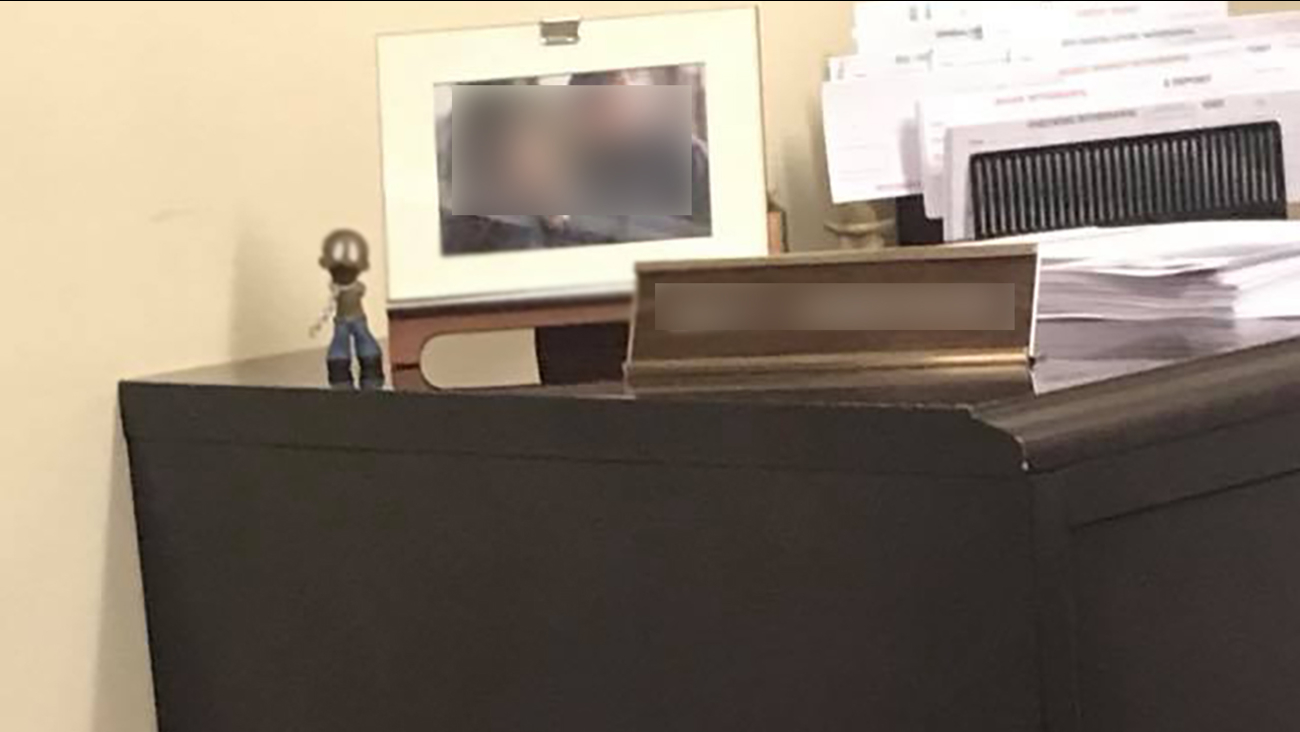 RALEIGH, N.C. (WTVD) -- The State Employee's Credit Union is responding after a customer left a Triangle branch enraged, saying there was a "very offensive" and racist item on a banker's desk.

The banker says the item was merely a figurine based on a Walking Dead character.

The customer posted pictures of the figurine, which had a silver chain around the neck, on Facebook and wrote:

"So I'm just leaving the Credit Union on Louisburg Rd in Raleigh NC. While sitting in one of their representatives office handling business I notice halfway through my transactions a black doll with a noose around its neck and hands tied behind its back. After everything was done the representative asked me if I had any questions and I told him yes, I do. I asked him what did that doll mean with the noose around the neck and he says to me, (I collect them.) I said, well that doll is very offensive to me and he gone say, (In what way?) Right then I walked out of his office and went straight to the receptionist and asked for his boss! #public"

The photo has been shared more than 6,400 times.

One user commented: "He should have immediately been fired! I'm sure it's in there handbook somewhere! Let's make this go viral!!!!"

Some folks have been giving the Credit Union a 1-star rating on Facebook after the incident.

One customer posting: "I have been a member of NCSECU for over 30 years. I may need to leave if this guy continues to work for you."

The banker says the figurine on his desk was based off one of Michonne's pet walkers. You can view the figurine for sale on eBay here.

In his own social media post he wrote, "I have officially been accused of racism for my choice of desk toy. Apparently, a story about a strong female character of color and overcoming adversity is offensive..."

The company said in a statement:

"State Employees' Credit Union prides itself on the fair and equitable treatment it provides its members and takes its members' privacy seriously. Yesterday, the actions of one of our employees fell far short of our expectations and we took immediate steps to address this personnel matter."