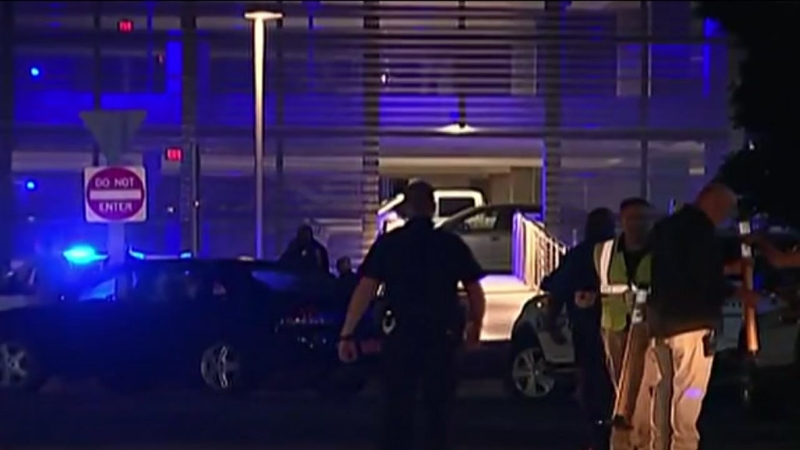 CHARLOTTE -- Shots were fired at the Charlotte Douglas airport parking deck Tuesday night after a police officer said someone tried to run him over.

The Charlotte-Mecklenburg police officer said he and another officer were responding to a suspicious vehicle after an airport employee drove into the parking deck and noticed a car following him, WSOC reports.

BREAKING: A CMPD officer fired shots after a driver nearly ran him over, a source tells @AllisonWSOC9. Officers were responding to a suspicious vehicle call at the airport @wsoctv pic.twitter.com/FD2bzpOpD9

Police said two officers saw the car leaving and tried to pull it over, but as one of the officers left the patrol car, the suspect drove toward him and the officer started to shoot.

The suspect took off, but police said a person and car matching the description arrived at the hospital with gunshot wounds.

Officers said the employee reported the car because of a recent increase in car break-ins.