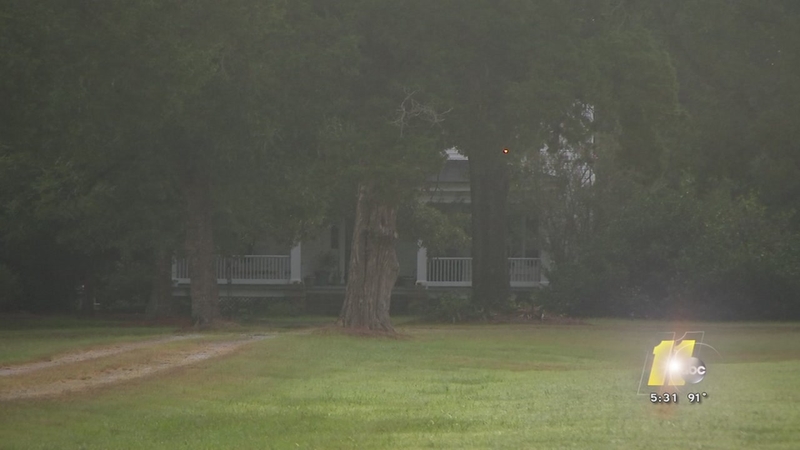 LEGGETT, N.C. (WTVD) -- Two men and one woman have been charged in connection with the deaths of a small town mayor and his wife in Edgecombe County.

Keith Earl Williams, 25 of Tarboro, has been charged with first-degree murder in the deaths of Leggett Mayor Gary Skelton and his wife, Jackie Skelton.


A second person, Mitchell Brinson, 18, of Tarboro, is also charged with first-degree murder.

The couple was found dead during a welfare check Thursday evening at their home in the 7800 block of NC 33 NW in the tiny town of approximately five dozen people.

Michael Cloer of Englewood Baptist Church in Rocky Mount was the Skeltons' pastor for 15 years.

Tonight the longtime pastor—pictured on the left—of the couple found dead in their home in Leggett is talking to #abc11 about the community sense of grief. Gary Skelton was the mayor of the small town. @EdgecombeCounty pic.twitter.com/aAy483d14g

"They came here because they wanted to get away from the hustle and bustle," Cloer said. "They bought a big home, remodeled it, they loved to entertain guests, they were just outgoing, friendly, community people."

Skelton was described as a low-key leader.

"All these years I've known Gary, he has never mentioned that he was the mayor of any town; that's not how he is," Cloer said. "He lived in the country, he loved Leggett, he loved the people there, he loved the simplicity of life."

“We want to have a celebration of life.” Tonight the pastor of the couple found dead in the @EdgecombeCounty home talks to eyewitness news. He says their loss will be felt by many in the community. Says the church will have a service for the couple next week. #abc11 pic.twitter.com/SrPxTwSgBB

Leggett town commissioner Teresa Summerlin told the Charlotte Observer that authorities were notified after Jackie failed to show up for work Thursday morning at Vidant Edgecombe Hospital in Tarboro, where she was an oncology nurse.

Gary Skelton was a banker at BB&T in Rocky Mount until retirement. He was in his second term as mayor, ABC11's newsgathering partner the News & Observer reported.

"This was a senseless act," Cloer said. "There was no need for it. If somebody had a need instead of robbing them or hurting them - I'm not saying that happened - but if they had a need, of course they would've helped them."

The couple had three sons and six grandchildren.

The Skeltons' bodies will be sent back to Alabama for the funerals.

Detectives are still actively working the case and continue to ask for the public's assistance. If you have any information on this incident, please call the Edgecombe County Sheriff's Office at (252) 641-7911 or email Lieutenant Muse at emuse@edgecombeco.com.