Plane nearly stalled before crash that killed 6 in Maryland, including 3 from North Carolina 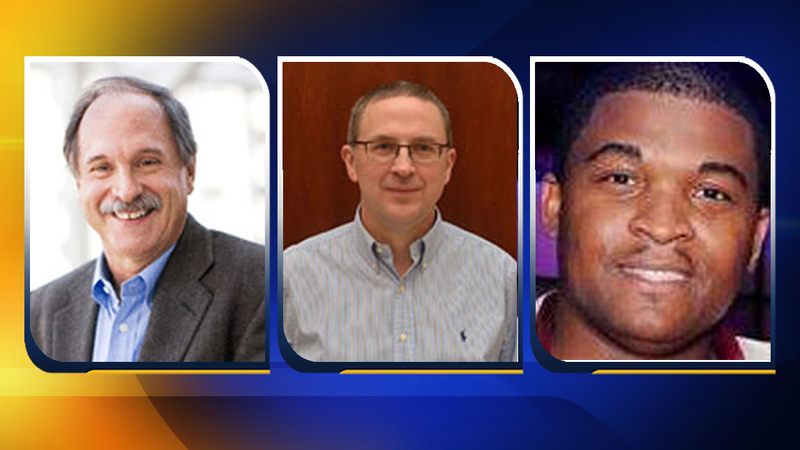 GAITHERSBURG, Md. (WTVD) -- Before the fiery crash in Gaithersburg, Maryland, the doomed flight that took off from Chapel Hill which was carrying two Triangle executives and one of the company's employees, spent 57 minutes in the air.

Less than a mile from the airport in Maryland, the Phenom 100 jet came to a near stall, sounding an alarm on the cockpit computers.

"This is an audio call out, that states 'stall, stall, stall stall," explained the NTSB's Robert Sumwalt.

Federal investigators said the plane showed no signs of engine trouble. They said the pilot, Dr. Michael Rosenberg, used the throttle and the engines responded. However, the plane still went down into the home in Gaithersburg. The crash also killed a mother and her two children, who were left trapped inside.

All three on board the plane were killed. Rosenberg, 66, was the CEO and founder of Durham-based Health Decisions. David Hartman, 52, was a vice-president at Nuventra Pharma Sciences in Durham as well.

"We are deeply saddened by the loss of David and will miss him both personally and professionally," said Nuventra's CEO Dr. Geoffrey Banks. "On behalf of all us at Nuventra, our thoughts and prayers are with David's family as well as others affected by this terrible tragedy."

The third victim was 31-year old Chijioke Ogbuka. He worked for Rosenberg at Health Decisions as a project manager, and lived at an apartment complex in Brier Creek.

"Our deepest condolences, thoughts and prayers go out to the Ogbuka family on the tragic loss of our valued colleague Chijioke 'Chiji' Ogbuka in yesterday's accident," said a Health Decisions company spokesperson in a statement to ABC 11.

"[David was] just a great neighbor. The neighbor you would want to have", Allen said.

Hartman's family friends have set up a GoFundMe page to assist his family.

A memorial for Hartman is planned for Saturday at 11 a.m. at Raleigh Mennonite Church on Blount Street.

Meanwhile, the father of the two young boys who were killed along with their mother said his family had suffered an indescribable loss. The crash sparked a fireball that gutted the family's home in Gaithersburg, Maryland, and police said Marie Gemmell died while trying to protect her sons, 3-year-old Cole and 1-month-old Devin, from the smoke and flames.

"No words can describe the enormity of our loss and sadness," Ken Gemmell said in statement emailed to The Associated Press. "We lost Marie, the love of my life and college sweetheart, and our two young, innocent and joyful sons - a loss that no person should ever endure."

Gemmell and the couple's daughter, Arabelle, were not home at the time of the crash. He asked for privacy while they grieve and try to rebuild their lives.

Shortly before impact, the plane had slowed to just over 100 mph, and its computers began sounding an alarm about an impending aerodynamic stall, National Transportation Safety Board member Robert Sumwalt said Tuesday after a preliminary review of the plane's flight data recorder.

There were also no reports of birds near the plane, Sumwalt said. Another pilot at the Montgomery County Airpark had reported birds standing on the runway just seconds before the crash.

In 911 calls released by authorities overnight, shock and alarm is evident in the callers' voices.

"I just saw a jet hit a house! The house is on fire," one man said. "When he came in on final [approach], it flamed out and he went straight down into that house."

Two other houses were damaged in the crash, but they were empty and no one else was hurt.

Montgomery County Executive Isiah Leggett said Tuesday that the county would review policies and procedures at the airport, including the paths of approach to the runways.

"When you have an incident like this, it calls into question the safety," Leggett said during an appearance on NewsChannel 8, a local cable channel. "We certainly owe it to the community to go back and check and evaluate, and we will do that."

Including Monday's crash, there have been 30 accidents at the airport in the past 31 years, according to NTSB records. Before Monday, the most recent fatal crash was in 1990, and most of the recent crashes involved minor or no injuries.

Steve Hedges, a spokesman for the Aircraft Owners and Pilots Association and a pilot who knows the Gaithersburg airport well, said many of the recent incidents would be better characterized as hard landings, and some occurred during flight instruction.

"That's not unusual in an instructional environment. Things happen when people are learning how to fly," Hedges said Tuesday. "I think it's a very safe airport, actually."

The previous crash involving Rosenberg occurred in 2010 and involved a different plane that began to drift after it landed. The plane briefly became airborne again before crashing into the runway. Asked whether he was hurt, Rosenberg said, "only his pride," according to NTSB documents.