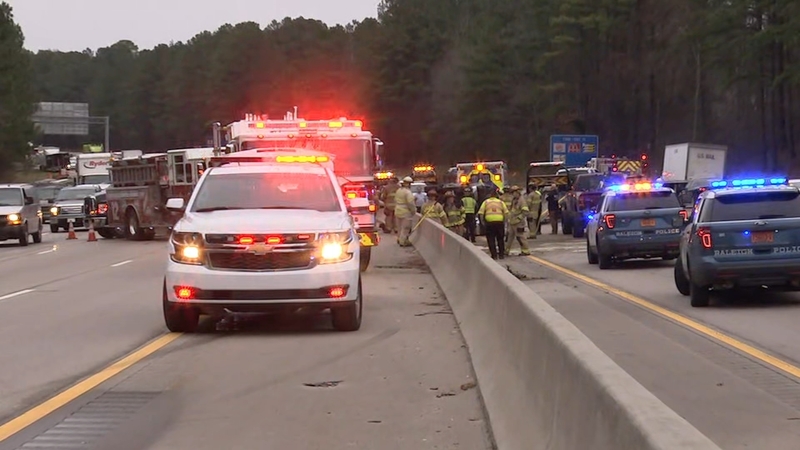 ABC11 crews on the scene said at one time, three of four lanes on I-440 and two lanes of I-440 east were closed near Poole Road as emergency crews worked to safely clear the crash. The road has since cleared as of 10 a.m.

According to officials, a tractor trailer and box truck were both involved in the crash. The tractor trailer overturned, blocking several lanes of traffic. A fuel tank on the box truck ruptured as well, spilling dozens of gallons of fuel into the roadway.

Hazmat crews were on site to clean up the spilled fuel.

ABC11 traffic reporter Kim Deaner said the crash caused major delays during morning rush hour not only on I-440, but also on I-87 and I-40 going into Raleigh,